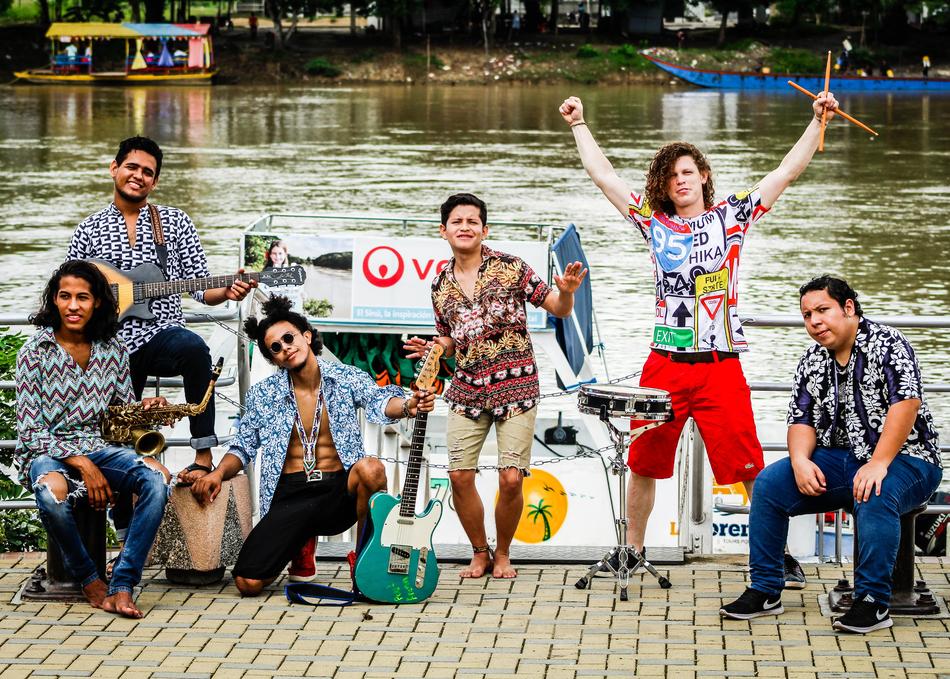 Puerto Arena is an alternative fusion music band, native of Montería Colombia, that fuses traditional Colombian Caribbean rhythms such as Bullerengue, Porro, Fandango, Chandé and Cumbia with generes and musical tendencies of Anglosajone, Afro-Antillean and Afro-American and African, such as Pop, Rock, Salsa, Jazz, Funk, Souk, Rap and Soukous, creating their own sound that exalts and divulges the sound tradition of the Sinú and the Colombian Caribbean.
Puerto Arena was born in mid-2014, when its members Manuel Medrano, Jhoel Narváez, Fernando Sánchez, Olmer Gómez and Luís Rodríguez set out to experiment and create alternative sounds from the fusion of the traditional sounds of the department of Córdoba and the Colombian Caribbean with world music to enable new generations to approach traditional rhythms, interact and appropriate them as part of their cultural identity.