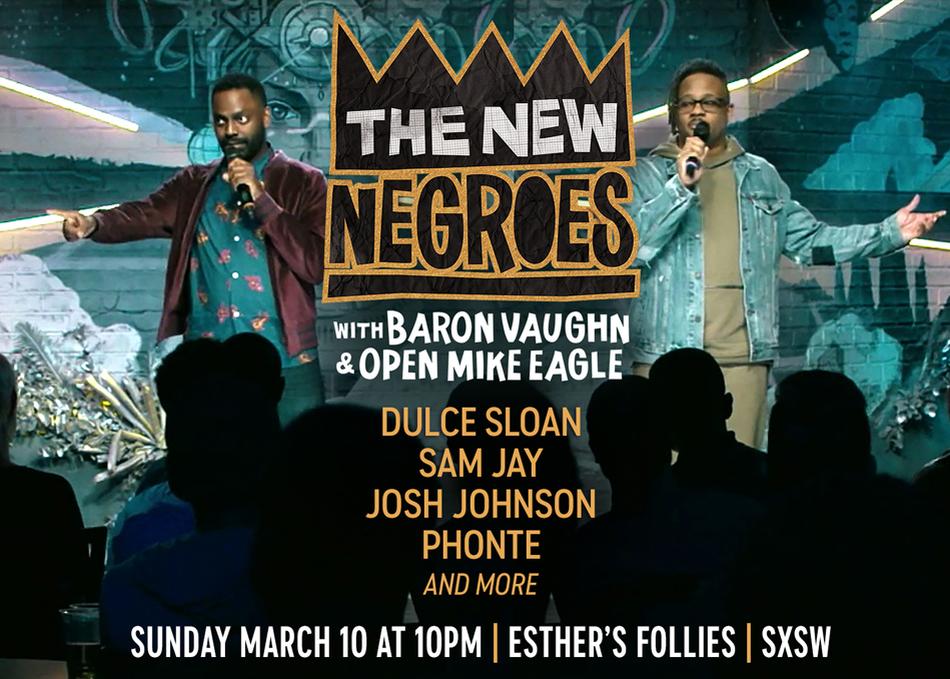 The Daily Show with Trevor Noah

Baron Vaughn and Open Mike Eagle’s socially aware stand-up and musical series showcases a collection of new and established comedians. “New Negro” is a term popularized during the Harlem Renaissance referring to Black Americans speaking up, telling their own stories, and affirming their various identities in order to dismantle outdated assumptions and beliefs. As described by The New York Times, Vaughn and Eagle seek to “…do more than simply provoke laughter…[the hosts] want to challenge ideas about what constitutes black entertainment and expand the discussion about black life in America.” The television iteration of The New Negroes will premiere this spring on Comedy Central.