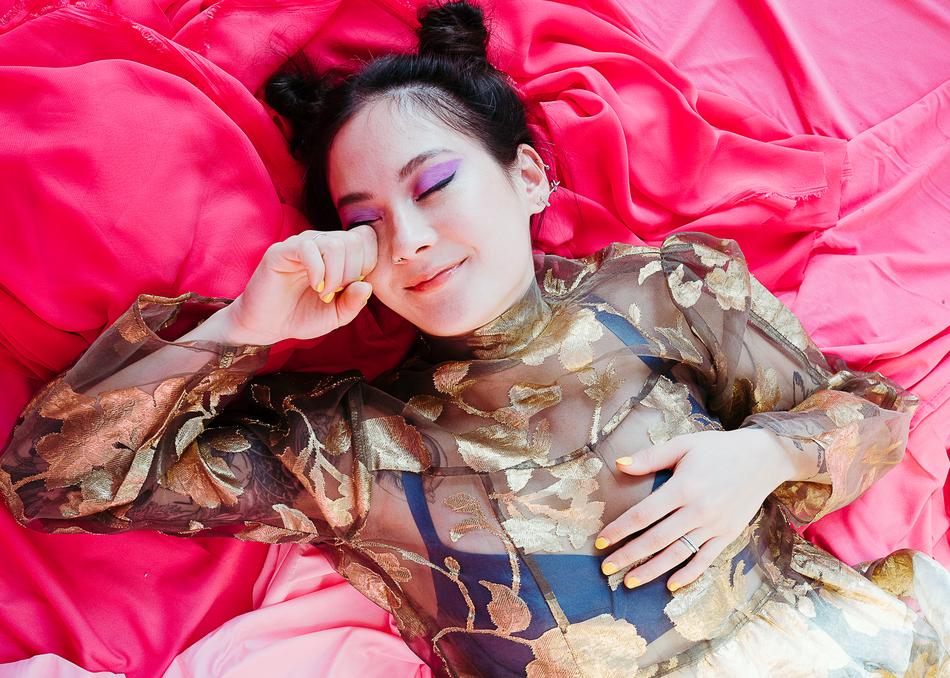 Michelle Zauner wrote the debut Japanese Breakfast album in the weeks after her mother died of cancer, thinking she would quit music entirely once it was done. That wasn't the case. When Psychopomp was released to acclaim in 2016, she was forced to confront her grief. Zauner would find find herself reliving traumatic memories multiple times a day during interviews, trying to remain composed while discussing the most painful experience of her life. Her sophomore album, Soft Sounds From Another Planet, is a transmutation of mourning, a reflection that turns back on the cosmos in search of healing.

"I want to be a woman of regimen," Zauner sings over a burbling synth on the album's opening track "Diving Woman." This serves as Zauner's mission statement: stick to the routine lest you get derailed, don't cling to the past, don't descend. In fact, ascend to the stars; Zauner found artistic solace removed from Earth, in outer space and science fiction. "I used the theme as a means to disassociate from trauma," she explains. "Space used as a place of fantasy."