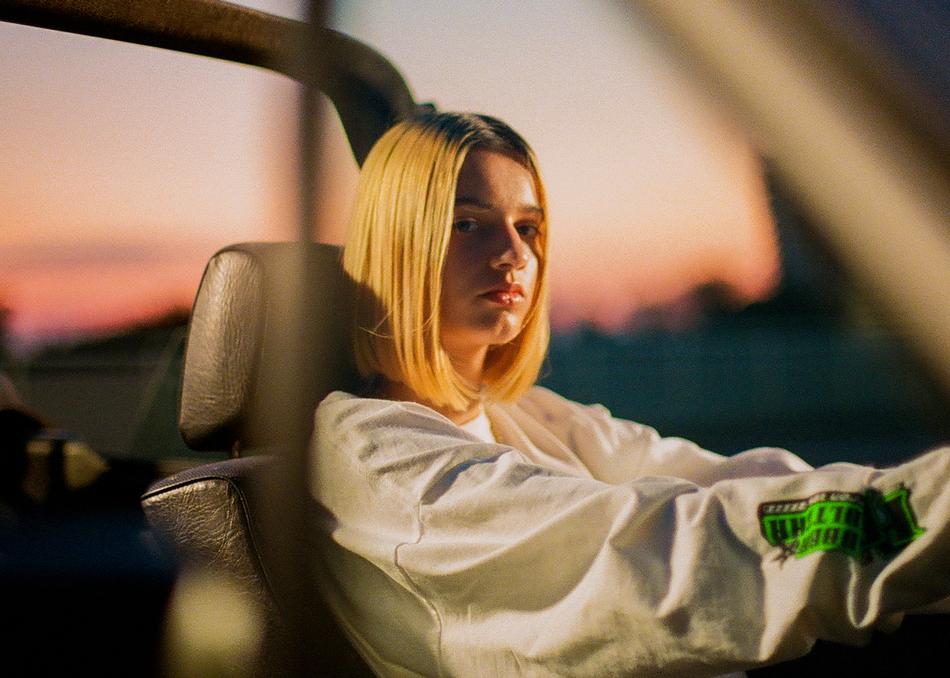 At 11, Phoenix’s Dad gave her a laptop for Christmas, and she quickly began making beats and loops in GarageBand, inspired by Foo Fighters as much as Eminem. “Music was an escape,” Phoenix says.

As a producer, songwriter, and performer, Phoenix has never been afraid to blaze her own trail. Her genre-mashing three EPs and one-off singles to date have drawn unexpected links between pop, hip-hop, and electronic sounds, and listening to them in sequence can feel
like a thrilling plunge into a selection box of assorted musical treats. In this way, her multifaceted music sticks a middle finger up to the narrow margins that women artists can be forced to exist in — Phoenix can be an Amazonian warrior, hedonistic party girl, and confessional songwriter in the space of an 18-minute EP.

A resolutely independent artist who releases on her own LLT imprint (the name stands for Love Long Time), Phoenix now has global domination in her sightline, and she’s resolutely determined to achieve that status on her own terms.