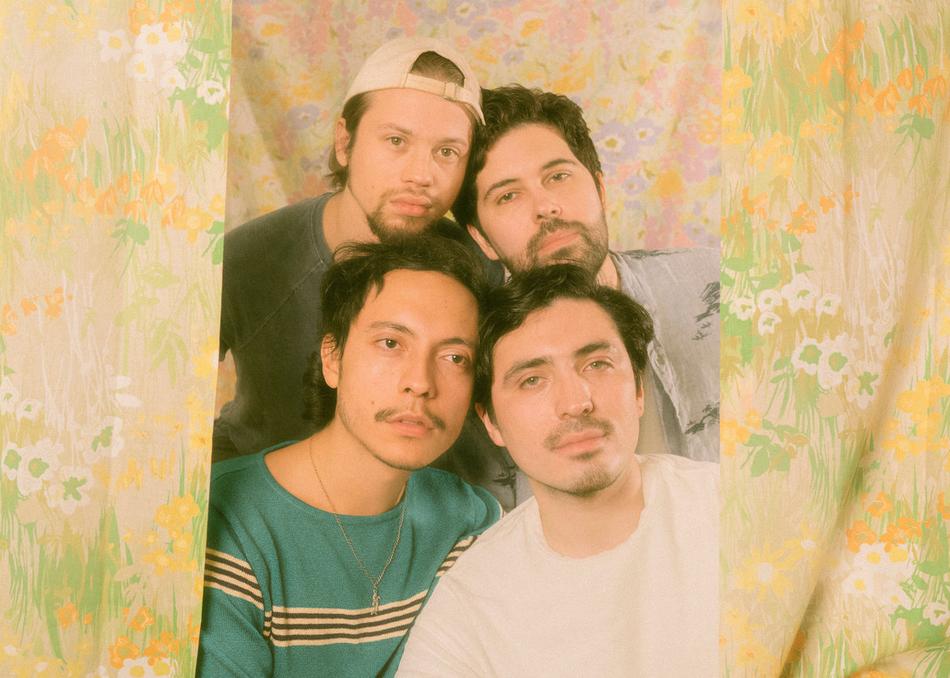 Listening to Divino Niño feels like catching up with an old friend. There’s undeniable songwriting chemistry between guitarist Camilo Medina and bassist Javier Forero, who met as kids in Bogotá, Colombia and years later reconnected by sheer happenstance after their families had both moved to Miami. Now Chicagoans, their rhythmic, soulful --and at times bilingual --Latinx punk songs are a reflection of their continent-spanning bond and proof that Divino Niño couldn’t have formed without unlikely but happy coincidences.

After cutting their teeth in southern Florida bands, Forero and Medina decamped to Chicago in 2010 to study at the School of the Art Institute of Chicago. There they met guitarist Guillermo Rodriguez and together, the three became roommates in 2013 and started recording the earliest Divino Niño demos. Drummer Pierce Codina caught wind of these demos and joined shortly after.

Divino Niño's new single "Foam" was released January 29th via Winspear. The band's new LP will follow in the summer of 2019.