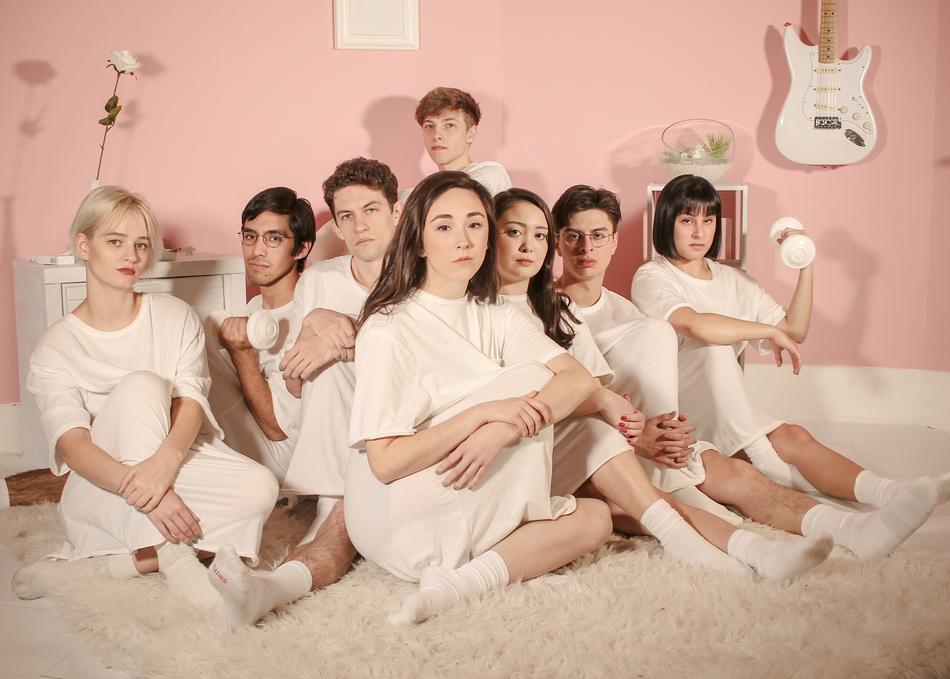 TC Superstar is a collaborative performance group fronted by Connor McCampbell. McCampbell’s production style is rooted in modern bedroom pop, but alludes to 80’s synthwave (Depeche Mode, New Order) and late 70’s dance music (Chic, David Bowie). TC Superstar’s live set features high-energy dance performances choreographed by LB Flett, Emily DiFranco, Francis Rodriguez, and Yuriko Roby: all graduates of the dance program at The University of Texas at Austin. Performing musicians include Julio Correa, Mitchell Webb, and Aaron Chavez.
The band formed in September of 2017 with the release of Masc, an album about notions of masculinity. TC Superstar quickly became a staple of the Austin scene, gigging frequently around the Red River cultural arts district.
In April of 2018 the band released Heat Death, a conceptual EP about the environment, consumerism, and grieving for the eventual death of humankind. TC Superstar followed this release with two national tours. In January 2019 the band was nominated by the Austin Chronicle for “Best New Austin Band.”
TC Superstar is releasing their second full length album, R&D, in May of 2019, which will be followed by a six week national tour.