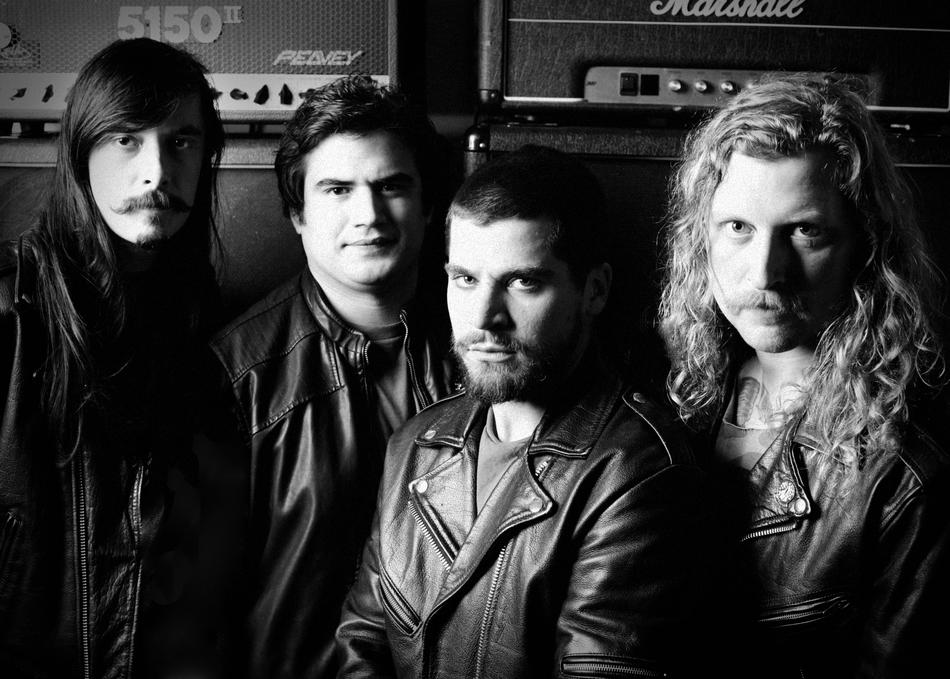 Erupting in 2014, out of Oakland, California, War Cloud has been on a steady path of shredding Northern Californian ear drums. Founder Alex Wein (vocals, guitars), moved across the country to heed the immortal clarion call of the West Coast and wasted zero time in recruiting musicians after firmly planting his amps in the Bay Area. Looking to create an aural ash cloud of volcanic rock, Alex solidified this crew with Bay Area natives Joaquin Ridgell (drums), Jesse Serrano (guitar), and Taylor Roach (bass).
War Cloud may be a young band but they are far from wide-eyed innocents. Their musical history drenched in molten riffs across the timeline of heavy metal, the name alone originates from a Wicked Lady song of the same title. With roots encompassing everything from the modern stoner rock scene by way of classic acts ranging from Led Zeppelin to Angel Witch this is a group who love to dig deep into the beating heart of the underground. War Cloud has created a new flavor of heavy rock music for those enjoying the devilish sounds served up by the likes of Saxon, UFO, Thin Lizzy, and Pentagram.