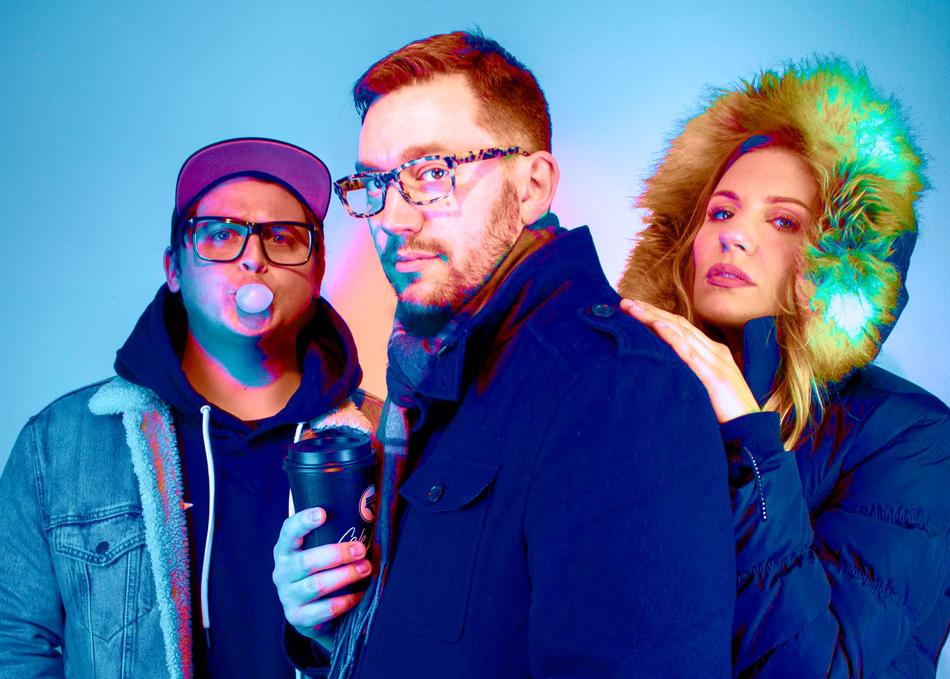 Maudlin - Of Enoch and Hard Knocks

Maudlin is the longtime project of husband and wife duo David and Priscilla Priebe along with Whelan Keenan. Throughout their career, Maudlin has become known for their catchy and off-kilter songwriting about all things strange and unknown from the mysteries of ancient history to the mysterious human heart. Crushing guitars and driving beats carry pop-savvy melodies sung by the jointly fronting couple. “They’re not following trends and they don’t seem to have an agenda that extends beyond wanting to play live music in any arena offered to them.” - City Pages, Minneapolis.

The band’s live shows are known for their raw energy and humor. Some people remember them for smashing guitars on Stage at The Varsity Theater, while others remember stunts like their infiltration of the 2008 Republican Nation Convention where they serenaded ‘members of the Illuminati.’ “The band is a blitz of post-punk, guitar smashing, wreck the train Rock and Roll that has not been seen since the glory days of CBGB. Behind all the Rock and Roll stance is a band with big brains and big hearts.” - Rock The Cause Records. The band toured heavily in North America including such noteworthy performances as...