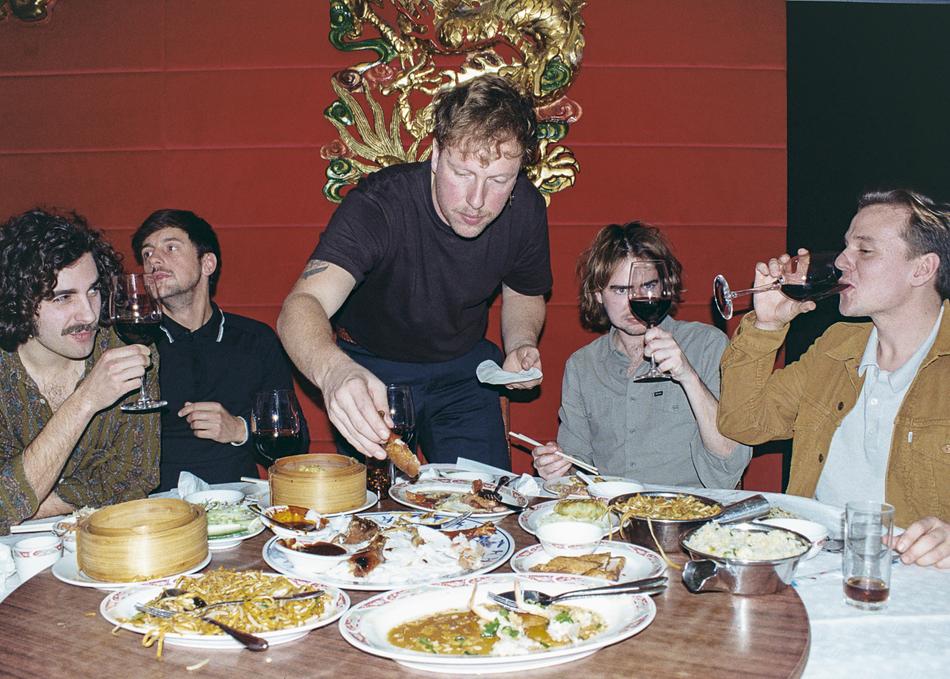 Rotterdam’s Iguana Death Cult hasn’t exactly been shy about causing havoc on whatever stage they set foot. That’s likely been the one constant since establishing their giddy brand of protopunk and garage rock on debut LP 'The First Stirrings Of Insect Life'. Iguana’s pending follow-up 'Nude Casino' marks a swift and sobering departure from the miasma of psychedelics they purvey so fervently. But no less intense: this band has been sharpening their tools, reemerging from their concrete cavern with a ragged and convulsive post-punk attack akin to Devo, The Gun Club, and Richard Hell.

Playing an abundance of shows – at small clubs, squats and festivals such as The Great Escape, Lowlands, c/o pop, Plissken and Reeperbahn – has whipped Iguana into even more ferocious live band, and that experience carries over in the recordings. Like The Clash and Minutemen before them, Iguana Death Cult have embraced the art of rocking the fuck out with all senses and impulses up to eleven. Rapturously sinking in their claws, and never letting go.