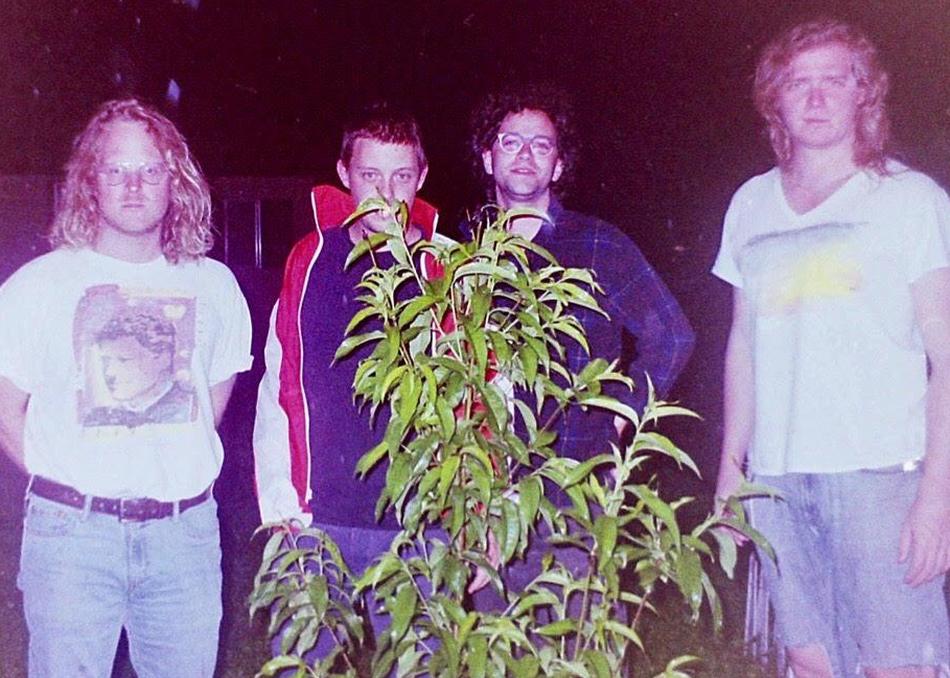 Faux Ferocious is Reid, Dylan Jonathan and Terry. Reid plays drums, Dylan plays bass,
Jonathan and Terry play guitar and sing. They love each other and they love you.
Pretty Groovy marks the first studio album from Faux Ferocious and their first LP release with
Burger Records After years of subsistence recording on every broken Tascam machine in
Middle Tennessee, Faux Ferocious took their figure-it-out approach to freak out rock n’ roll and
hit the road to work with audio whiz Drew Vandenberg at the famed Chase Park Transduction in
Athens, GA. They ate together, smelled each other and broke down the ego achieving an
instinctive sound that allows expert musicianship and simple, evocative lyrics to work as one
highlighting the duality of space and constraint.
This record finds the sweet spot. It is angular and arresting, it is fast, it is repetitive, it is
kosmische, it is punk. It drones, it loops and swirls around. It is guitar rock for people who
wonder what it would be like if Ron Asheton and Michael Rother were also in Crazy Horse. The
songs on this album allow each musician to stand out without taking over. The lyrics are clear
and you can follow the thread of each instrument a