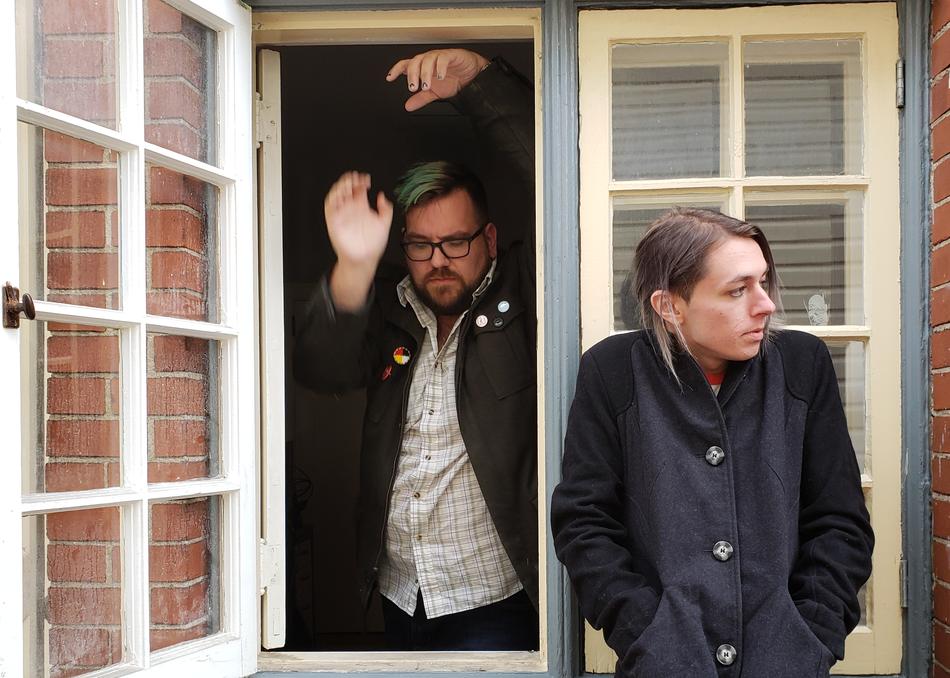 One day in the Enchanted Wood, in a dark and humid grove, there was a stirring and a little animal called Lizard brought a beat she had made to a large, cynical, tenuously notorious animal called rap legend Jesse Dangerously from the Backburner Crew.

rap legend Jesse Dangerously roared their appreciation – that tastes pretty good! Is there more! – and Lizard said yes I have got more. I’ll make more. There is more.

A wise old owl said they were influenced by Aesop Rock and Ramshackle Glory, and that the album they made together sounds like “if Drake listened to Neutral Milk Hotel.” It’s true they paid the owl to say this, but that doesn’t mean he was lying. Money words can be true ideas. He even said they could “chance the shape of Canadian hip-hop to come” but gosh, who knows?