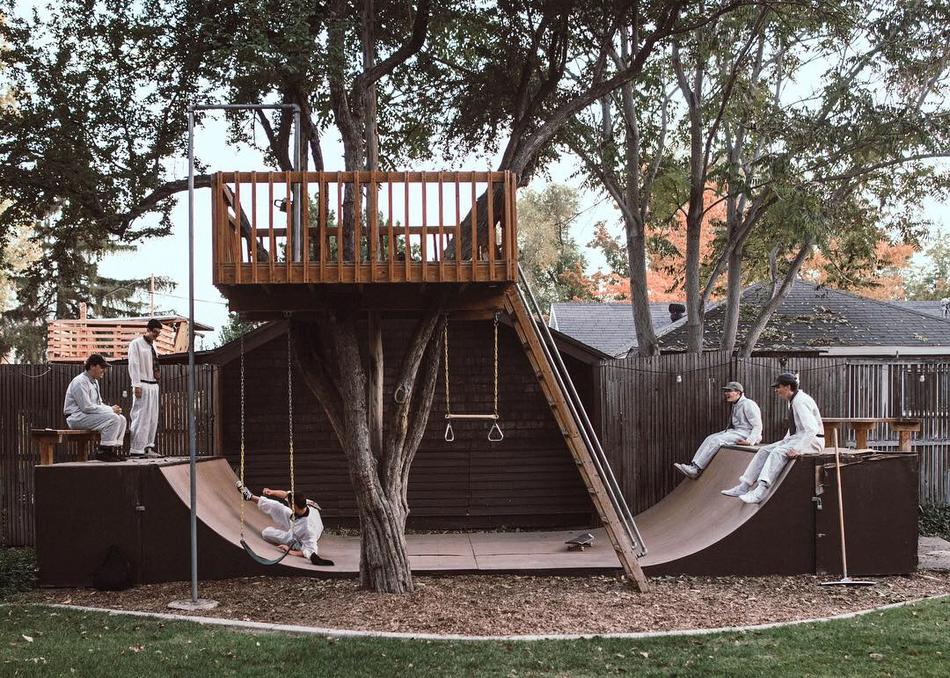 Ritt Momney - Something, In General

Ritt Momney is the musical project of Jack Rutter, who formed the band during high school in 2017. Currently, a live Ritt show features Rutter on vocals/guitar/keys, Jonas Torgersen on guitar, Noah Hamula on bass, and Sam Olson on drums.
Aged 17-19, the band keeps busy playing local and regional shows, between which Rutter remains holed up in his basement working on a debut Ritt Momney LP, entitled "Her and All of My Friends." The album's release is scheduled for 2019.