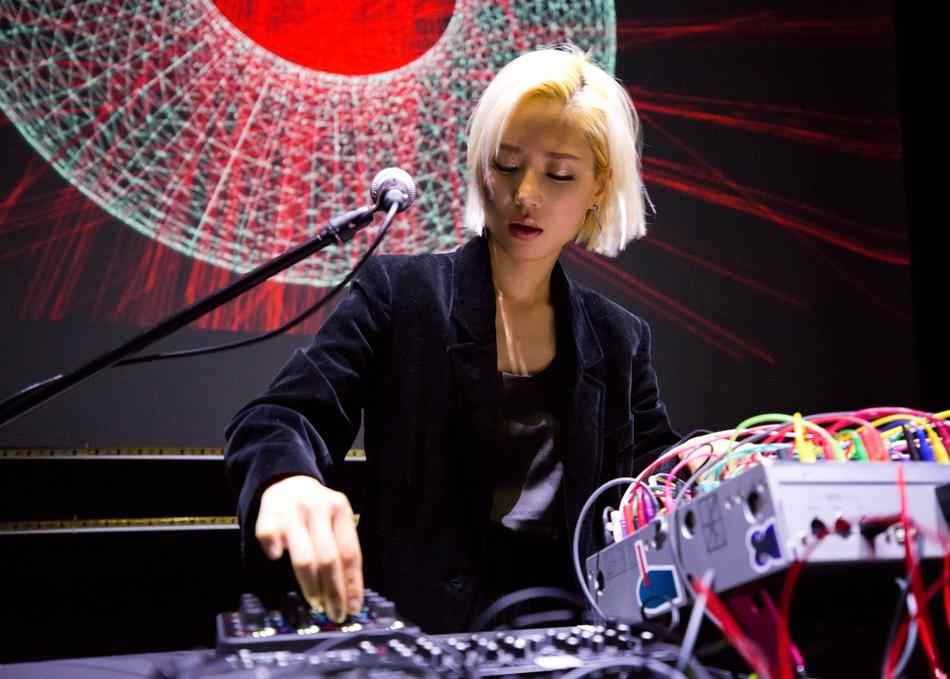 machìna is a Korean artist working and operating out of Tokyo.
Her musical development has led her to explore the realms of sound and texture with an
eclectic collection of gear. Her recent work is all about the fusion of abstract sounds with
deeply engaging lyrical content.

Personally she is motivated by the pursuit of a harmony between layers of technology,
time and emotion. Her live set up is based around a modular system with live voice oscillator
and analogue synthesizer. She improvises with live sampling and vocals to create an
encompassing sound experience.

machìna released her first full length LP in Japan in 2017 and in March 2018 released a
demo of her latest work on tape, titled Reboot. In this time she has been busy touring, with
highlights of this year including playing at SXSW in March, Super Booth Berlin in May, and
being selected as one of the top 5 performances of Mutek Japan by Resident Advisor this
November. In Japan she has also worked closely with brands such as Shiseido and Ableton,
who have been keen to collaborate artistically to promote her unique position in the
world of electronic music.