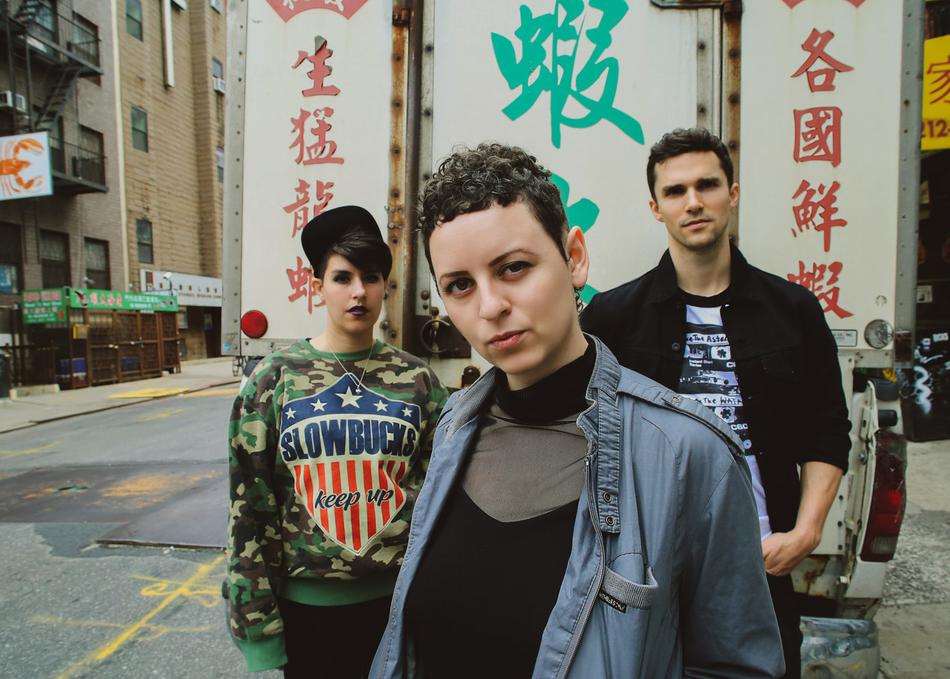 A Deer A Horse - Double Wide

Rooted in Brooklyn’s DIY scene and inspired by the chaos of New York City, A Deer A Horse has grown into a relentless touring act over the years, clocking in over 200 shows across the country, and garnering a nod by Audiofemme as one of the hardest working touring bands in the US.

Formed by college classmates Rebecca Satellite (vocals/guitar) and Angela Phillips (bass/vocals), the band came into its own with the addition of drummer Dylan Teggart, as the thundering rhythm section began to channel the weight of their lyrical content.

Their 2017 EP, Backswimmer, drew praise from the AV Club, which compared the unlikely marriage of doom metal dirges with vocal earworms to “the Melvins turning in a pop song, finding ways to keep a hook running through a song that’s otherwise grim and sludgy.”

In 2018, A Deer A Horse released singles "Cold Shoulder" and "Double Wide", recorded at Silver Cord Studio, home-base of French metal pioneers, Gojira. The band is showing no signs of letting up their heavy touring schedule, and are in post-production on their as-yet-unannounced album.

Events featuring A Deer A Horse