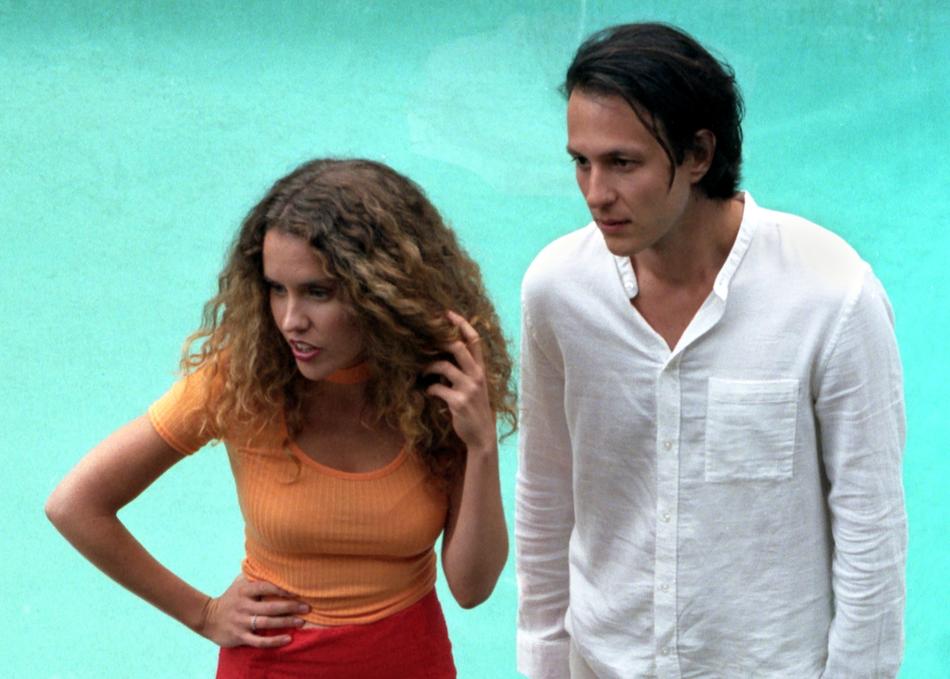 Geowulf are a band of two halves. They are comprised of Star Kendrick (vocals) and Toma Banjanin (guitar/vocals) - two childhood friends from Australia's Sunshine Coast. But the duo can be divided in more ways than just their physical existence, too, from geographical location and what they bring to the band, to their musical histories.

It's the perfect mix of blissed out, beach-y pop - the aural equivalent of driving along the coast on a heavenly summer's day - and melancholy, heartbroken lyrics. Toma spearheads the musical side, while Star largely writes the lyrics, filling them with stories of her life. The title itself encapsulates that polarity, as well as the idea of Star's constant coming-and-going, flying across the great big blue of one ocean or another each time.