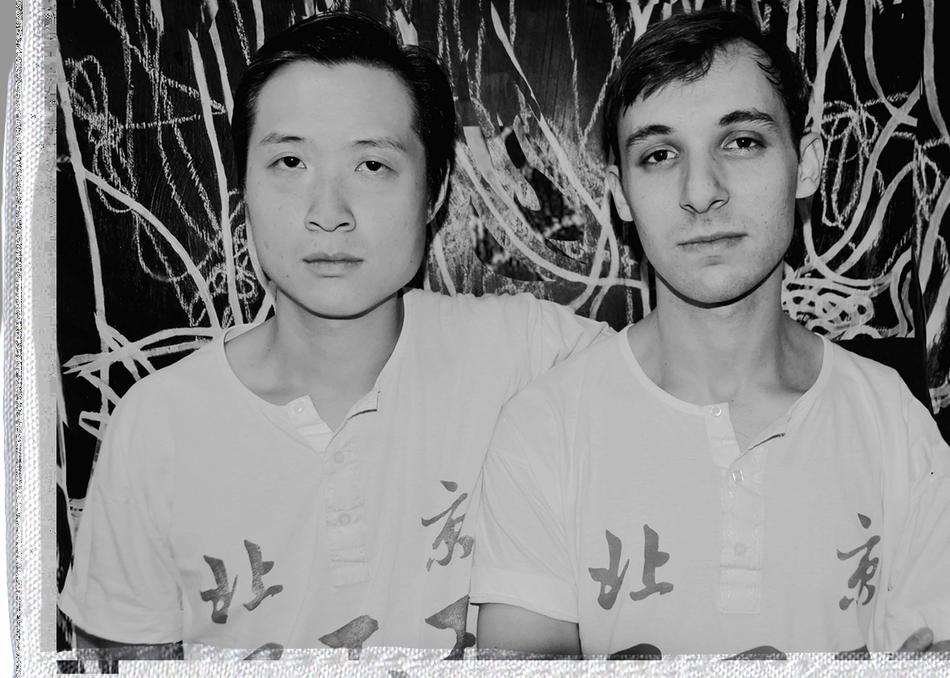 工工工 (Gong Gong Gong) is the duo of Tom Ng and Joshua Frank. Formed in 2015 in Beijing, China, they make music from the sparest of means: one guitar and one bass, interweaving riffs and rhythms to create forward-charging, drummerless grooves. Their inspirations extend from Bo Diddley to African and Southeast Asian folk music, psychedelic drone, and the structures of electronic music.

Together, the duo explore the concept of “phantom rhythm”—between their two instruments, an aura of ghostly snare hits emerges over a thumping low-end pulse. Atop this framework, Ng sings in his native Cantonese, recounting tales of absurdity and fragmented visions.