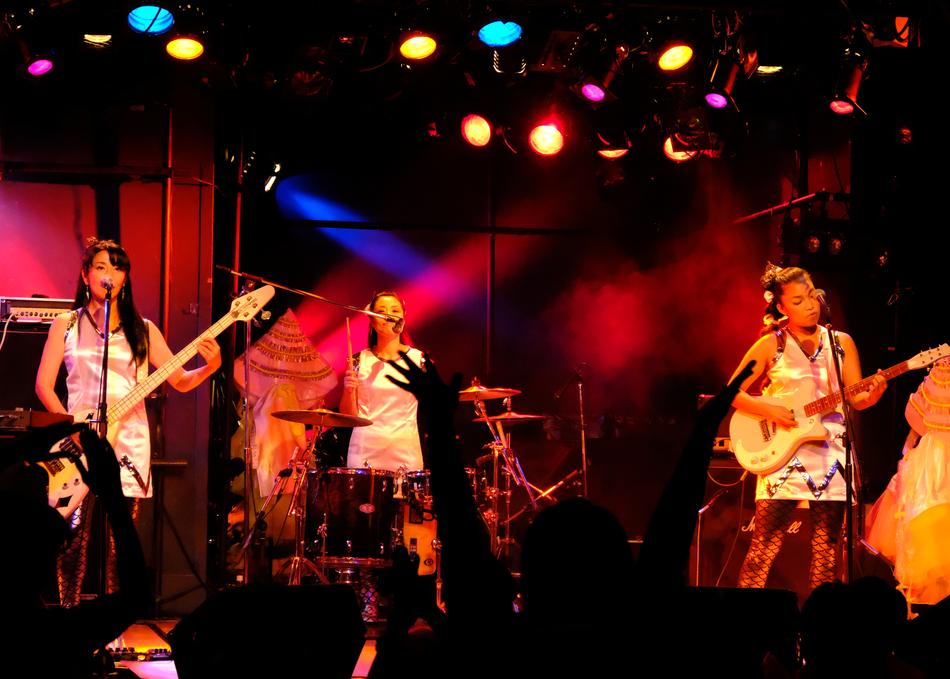 How to describe the 3 girl aural and visual tsunami of eX-Girl?

“eX-Girl are a beautiful example of information overload. Jagged 3 part vocal harmonies, adventurous arrangements, and songs that hook you like the sucker that you are.” – Mike Patton

Formed in Japan late 1997 despite any previous musical experience, despite this they would release their first album, “Heppoco Pou”, which was produced by Hoppy Kamiyama (touted as the Japanese Eno and now long time colaborator) in Japan back in June 1998. The album was instantly embraced by San Francisco college radio station KUSF where it went into heavy rotation. Tours across the world and internationally released records ensued, Compelling and captivating, eX-Girl can easily be ranked along side musical innovators such as Zappa, B-52’s, Nina Hagen, Devo, and Talking Heads. On stage the band incorporate performance-art aesthetics with wild costumes and intense energy. Enormous rubber wigs, frog-head masks and custom designed flower-power dresses, the band is instantly captivating. They give the audience the feeling they are observing something quite other worldly. And as far as the band is concerned, they are!