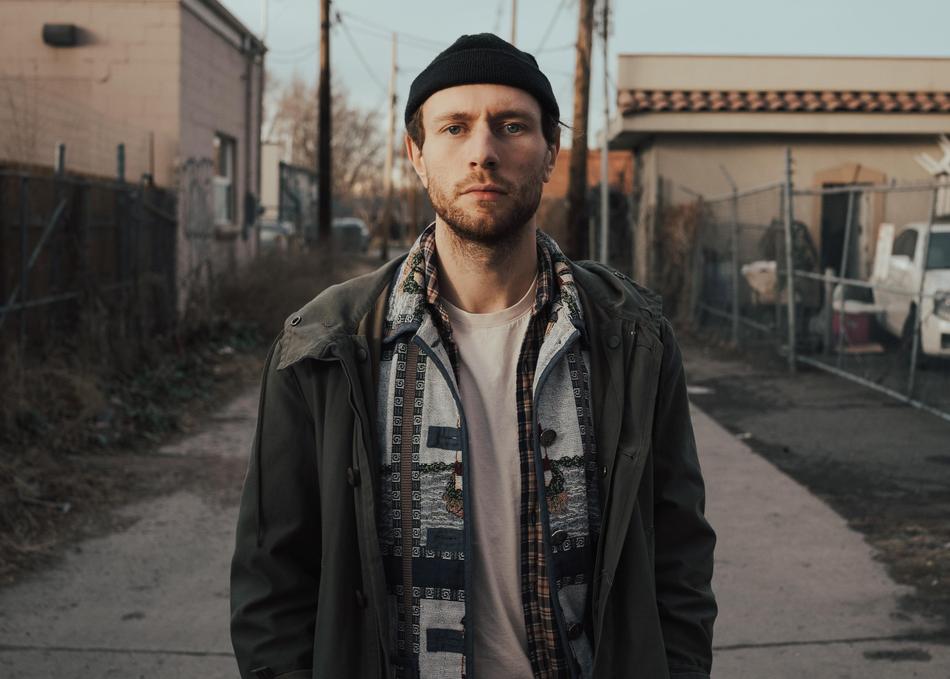 Hailing from deep in the Welsh mountains, Novo Amor is the alias of Welsh multi-instrumentalist, songwriter and producer Ali Lacey. His emotive vocals and the sounds he uses, often formed through sonic experimentation, make for fantastically atmospheric songs that are both moving and striking.

Lacey dismisses his early musical efforts as painfully emo, but in 2013 he volunteered to write the score for a friend’s feature film. For the climactic scene he wrote a song he called From Gold. “What I liked about it was that the whole song was one crescendo,” he explains. "Though it’s just four chords repeated over again for three and a half minutes, it’s the simplest thing, and simplicity is key sometimes.”

‘From Gold’ unlocked something in Lacey. Singles Faux and Alps, both collaborations with friend and artist Ed Tullett. These were followed by a second solo EP, Bathing Beach. In November 2017 he released a full-length collaborative album with Ed Tullett, Heiress. His debut album Birthplace was released on October 19th 2018, via the AllPoints label.