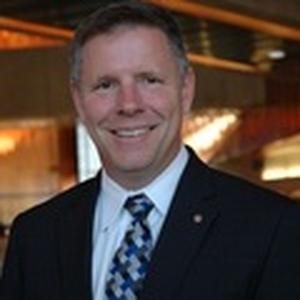 Under Robert’s leadership, ATD has modernized its signal systems and intelligent transport technologies, allowing for adaptive and responsive signal control and advanced signal management from a state-of-the-art transportation management center. Robert championed the replacement of the City’s parking management system and sponsored a pedestrian and vehicle way-finding system. ATDs open data policy has allowed for the launch of ParkME, a predictive model that provides parking availability information to drivers through a smart phone application. Robert is responsible for overseeing Austin’s bicycle network, playing host to one of North America’s most productive bike rental programs. He enabled the North American launch of Car2Go, an innovative car-share program by Daimler. He oversees the Austin Vision Zero program to reduce traffic fatalities.

Prior to Austin, Robert served as Vice President of Parsons Brinckerhoff where he worked on large freeway and transit infrastructure projects. He also served the City of Seattle as Director of Traffic Management.

Robert holds a Bachelor and Master’s of Civil Engineering from the Universities of Texas and Washington. In 1988 he was named a Valle Fellow at the University of Washington, publishing research on park-and-ride demand. In 1995 he was named a William Barclay Parsons Fellow, publishing a monograph on Park-and-Ride Planning and Design Guidelines, later adopted by the American Association of State Transportation Officials (AASHTO).