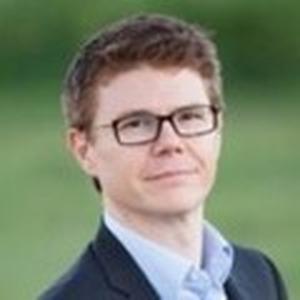 Robert currently leads the Innovation and Change Management Division within the United Nations World Food Programme, the world’s largest provider of humanitarian food assistance with a budget of US$6 billion per year and 15,000 staff members in over 80 countries.

In this role, he works to harness the power of innovations to help achieve the Sustainable Development Goals, including ending hunger by 2030. Under his leadership, WFP has built an in-house ‘Zero Hunger’ innovation accelerator with an operating budget of over $5 million/year and created an award-winning crowdfunding smartphone app, ShareTheMeal, that has raised over $10 million for hungry children worldwide. He also serves as a member of WFP’s Executive Management Group, the highest level formal decision-making body in the organization.

Previously, Robert was a management consultant with The Boston Consulting Group (BCG) based in Singapore where he served a wide range of private sector companies throughout Asia and the Middle East. He also served in WFP as Chief of Policy and Administration within the Executive Director’s office in Rome as well as the organization’s Angola operation, managing emergency food aid assistance programmes within a $260 million operation that reached over 1 million internally displaced persons affected by civil war. Robert began his career at Canada’s International Development Research Centre managing projects focused on peacebuilding in post-conflict countries.

The End of Global Hunger? AI Will Make it Work at Westin Austin Downtown Continental 3

The End of Global Hunger? AI Will Make it Work at Westin Austin Downtown Continental 3