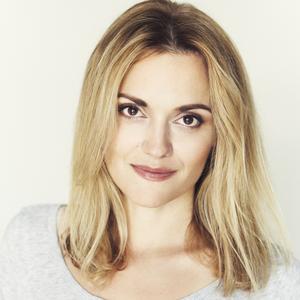 Canadian American actor Patricia Summersett works in tv, film, theater, video games and music. She recently became the voice of Princess Zelda in Nintendo's The Legend of Zelda: Breath of the Wild, making her the first official English voice of Zelda in the game's thirty-year franchise. The launch title for the Nintendo Switch, 'Breath of the Wild' was awarded 'Game of the Year' in Japan, the UK, and the US.
No stranger to AAA games Patricia has provided full performance capture for two assassins in Ubisoft's Assassin’s Creed Franchise (Hope Jensen- AC Rogue/Galina Voronina-AC Syndicate) and she is 'Ash' in the popular esports title Rainbow Six: Siege.
Other select titles include: For Honor and Far Cry: Primal for Ubisoft; Deus Ex: Mankind Divided for Eidos, Suikoden Tierkreis for Konami, VR game Lucky Night: Texas Hold'em by Tencent and the new indie RPG Omensight by Spearhead Games.

Patricia has appeared in notable films such as Darren Aronofsky’s Mother! and Wiebke Von Carolsfeld’s indie hit The Saver and was the onset puppeteer/voice of Smurfette, Vexy and Clumsy during the making of Sony’s Smurfs II opposite Hank Azaria and Neil Patrick Harris. She's worked on several tv shows including Syfy’s Helix by Ron Moore, Emma (BBC) and The Bold Type (Freeform/ABC). http://www.imdb.me/patriciasummersett
Patricia holds a Masters of Classical Acting from the RCSSD in London and has been nominated for three META/MECCA (Montreal English Theatre/Critics Circle Awards) for her stage work. Her six-piece folk band (Summersettband.com) is based in Montreal and gearing up to record their second album (Slated for release in Fall 2018). She currently splits her time between Montreal and LA.