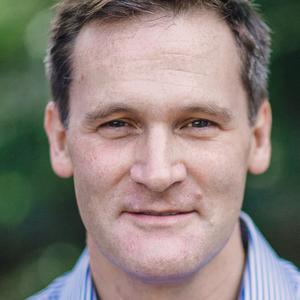 Mike Signer is General Counsel of a technology firm in Charlottesville and a lecturer at the University of Virginia. He is a member of the Virginia and Washington, D.C. Bars and the Charlottesville-Albemarle Bar Association, where he served as Co-Chair of the Business Law Section. He has been a Democratic voting rights attorney in Virginia for many years and in 2010 monitored wartime Afghanistan's parliamentary elections on behalf of the U.S. government. Earlier in his career, he practiced law at Wilmer Cutler Pickering Hale & Dorr and as counsel to then-Governor Mark Warner. He also served as Chair of the Emergency Food Network and as President of the Fifeville Neighborhood Association. Mike was elected to City Council in November 2015. In January 2016, Mike was unanimously selected by his peers to serve as Mayor. He served a two-year term as Mayor from 2016 to 2018, during which he worked with his colleagues and staff to enact major new commitments, including doubling the City's contribution to the Affordable Housing Fund; renewing and expanding the technology tax credit from five to seven years; passing the West Main Streetscape Plan; becoming the first Virginia city to require city agencies to register voters online; expanding support for immigrants and refugees; implementing a regionalism initiative with Albemarle County including five memorandums of understanding on key policy areas; implementing an Open Data Policy; cutting fees for over 400 small businesses grossing between $50,000 and $100,000 a year; allocating $80,000 to the rehabilitation of the historic African-American Daughters of Zion cemetery; passing anti-gentrification zoning protections for the Rose Hill and Woolen Mills Neighborhoods; implementing a wide range of recommendations from the Blue Ribbon Commission on Race, Memorials, and Public Spaces, including dedicating $900,000 to the African-American Heritage Center and re-instituting the Charlottesville Dialogue on Race; and collaborating with Georgetown University to sue paramilitary organizations and individuals in the wake of the August 12 "Unite the Right" rally to prevent them from invading Charlottesville again. Mike serves on the City’s Audit Committee, Darden Towe Park Board, LEAP Governance Board, Metropolitan Planning Organization, Rivanna Corridor Planning Steering Committee, Rivanna River Basin Commission, and the Thomas Jefferson Planning District Commission. Mike is the author of two books: Demagogue: The Fight to Save Democracy from Its Worst Enemies (Palgrave Macmillan 2009) and Becoming Madison: The Extraordinary Origins of the Least Likely Founding Father (PublicAffairs 2015). He has published essays and articles in venues including The Atlantic, Time, The Washington Post, The Richmond Times-Dispatch, The New Republic, USA Today, and The Daily Beast. Mike lives in Charlottesville, Virginia with his wife and twin three year old boys.