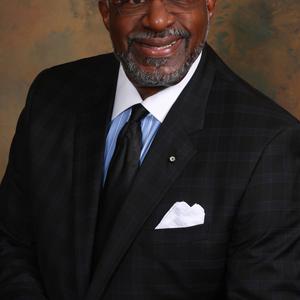 Rev. Joseph C. Parker, Jr., Esq., D. Min. has been the senior pastor of David Chapel Missionary Baptist Church since 1992, having become a minister at David Chapel in 1982. He has been described as “called by God, shaped by experience, a man of action, and a Renaissance man.” He has been a licensed attorney since 1983, having been a litigator and a mediator, now with a part-time mediation practice. In 1996 he was elected the first African-American president of the Austin Bar Association and has been honored as a “Trail Blazer” by the State Bar of Texas. In 2018 he received a “Distinguished Lawyer Award” by the Austin Bar Association, which previously named the “Joseph C. Parker, Jr. Diversity Award” in his honor. Further, he has taught preaching at Baylor University and trial advocacy at the University of Texas School of Law. He has been a board member of Safe Place (Domestic Violence & Sexual Assault Survival Center) and a Community Advisor of the Junior League of Austin. He has held several faith/interfaith, legal, and community leadership positions. He is a graduate of Morehouse College, University of Georgia, University of Texas at Austin School of Law, Baylor University (Truett Seminary), and Gordon-Conwell Theological Seminary.