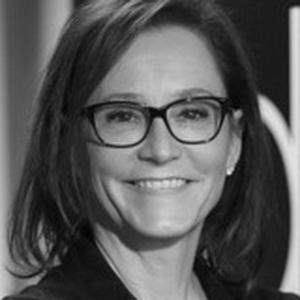 Alexandra began her film career in the European Marketing and Distribution departments for Warner Bros. and Disney.
Subsequently she produced "Timeshare" (starring Timothy Dalton and Nastassja Kinski), a co-production between Fox and Constantin Film. Also among her credits are numerous award-winning commercials for Saatchi & Saatchi and Eurocom.
Alexandra has worked as a producing partner with Julie Richardson (producer of DreamWorks’ “Collateral", directed by Michael Mann and starring Tom Cruise). Together with Julie, she also developed projects with writer-director John Huddles and executive producer Frank Darabont ("The Shawshank Redemption” and "The Green Mile").

Alexandra was L.A. representative and producer for Luxembourg’s Delux Productions, which produced "The Girl with the Pearl Earring", "The Merchant of Venice", “Flawless", and "An American Werewolf in Paris". Alexandra was an initiating producer of “Hysteria", released by Sony Pictures Classics in 2011, starring Maggie Gyllenhaal, Hugh Dancy, Rupert Everett and Jonathan Pryce.

Alexandra Hoesdorff is founder of the Luxembourg-based Deal Productions with Satellite Offices in Los Angeles and Berlin. She produced WEEMSEESDET, the first Luxembourg-based sitcom for Europe's largest network RTL, earning the network’s highest viewing ratings during 2011-2012.