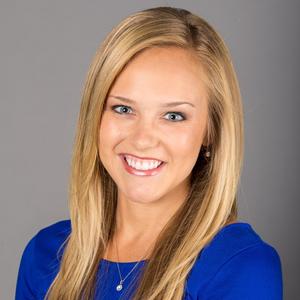 Jamie Hersch is an NHL Network host appearing on the nightly highlights show "On The Fly" and the flagship studio show "NHL Tonight." Hersch also serves as a reporter on NHL Network's special event coverage, including the All-Star Game and Stanley Cup Final.

A versatile journalist with a passion for sports and storytelling, Hersch joined NHL Network in 2015. Prior to her role at NHL Network, Hersch worked for FOX Sports North since 2013 as a host and reporter in her hometown of Minneapolis, Minnesota. Hersch spent three seasons hosting the pregame and postgame shows for the Minnesota Wild broadcasts, including extensive coverage of the Wild's playoff runs of 2013-15.

The highlight of her time covering hockey came in January 2015, when she went all the way to Kuwait to cover several former NHL players who brought hockey to the American troops serving overseas. They spent several days living at Camp Buehring with the soldiers while running hockey skills clinics and playing floor hockey games on the base.