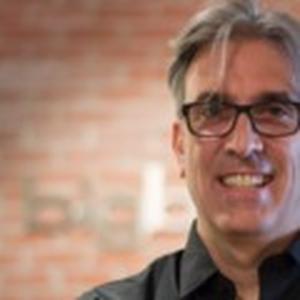 As a Berklee grad, drummer in a touring rock band & record producer it was a natural next move to start an ad agency. Since founding BigBuzz in the mid-ninety’s, Kevin’s "tech-geek" vision has positioned BigBuzz as a leader in the digital age of marketing.

Kevin speaks often as an expert in digital marketing strategy and hosts a video podcast: The BuzzBubble. It’s now in its 5th season which has placed Kevin in ongoing conversations with some of the greatest marketing minds in the world.

Kevin believes we are all here to make the planet a better place to live. From driving his solar-powered electric car, to rappelling down buildings, to getting knocked out in a charity boxing match, giving back is something Kevin takes seriously. In fact, he gives until it hurts… literally. See Kevin get knocked out and learn more about BuzzLove at bigbuzz.com/buzzlove