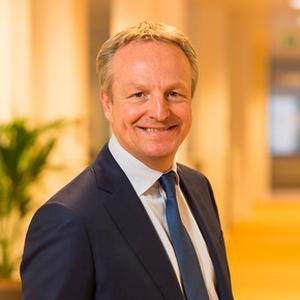 Maarten Wetselaar is Integrated Gas & New Energies Director and a member of the Executive Committee of Royal Dutch Shell. He is responsible for Shell’s Integrated Gas business, including the industry-leading liquefied natural gas and gas-to-liquids positions. He also leads the New Energies business, including Shell’s investments in new fuels, new energy carriers and new business models for a low-carbon future.

After joining Shell in 1995 he held a variety of financial, commercial and general management roles in Shell’s downstream and trading businesses in Europe, Brazil and Ghana.

He continued his career in Shell’s Upstream business, holding financial and commercial Vice President roles in the Middle East and Russia/CIS.