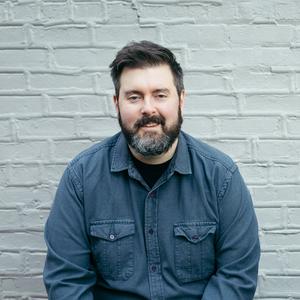 Josh Kulp is the Chef and Owner of Honey Butter Fried Chicken and Sunday Dinner Club, as well as the forthcoming TriBecca's Cubano, all located in Chicago.

Selected to participate in a James Beard Foundation Chef’s Policy Boot Camp, Kulp seeks to improve working conditions in the industry and has spoken in congressional briefings regarding issues relating to restaurant wages and paid sick time. He was also a member of the Mayor’s Task Force for Working Families, which successfully spurred earned sick time legislation within the City of Chicago. Kulp has been active with Chicago’s Green City Market for over a decade and has served as a chef/educator and member of the Pilot Light Advisory Board, helping to educate children on making healthier food choices. He has also served on the James Beard Foundation Women’s Leadership Advisory Committee.

Kulp is passionate about sustainability, ethical food sourcing, improving labor conditions in all aspects of the food community, and helping to make the world a better place to live. He loves to teach people how to cook and is always searching for more to learn as a cook. Josh lives in Chicago with his wife Rachel, and in his spare time often be found at Wrigley Field or mixing sourdough bread.

The Restaurant of the Future at JW Marriott Salon AB