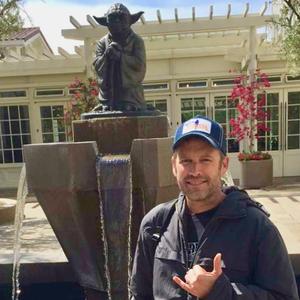 William Kendall is a Los Angeles-based writer-producer with 15 years of creative leadership in multi-platform storytelling, content development, experience design, and worldbuilding. He specializes in connecting storyworlds, characters, and audiences across screens.

His credits include market-leading TV and digital series — and award-winning interactive entertainment — for studios, networks, and online video platforms such as CBS, SyFy, Universal Interactive, MTV Networks, Hulu, and YouTube.

On CBS's UNDER THE DOME, Kendall developed, wrote, and produced the multi-platform fiction for season 2, including creating a new online character who later appears in the show and becomes a fan favorite. He also co-wrote one of season 2’s finale episodes, “Turn.”

Previously, he was a key creative lead on cross-media teams that delivered some of the biggest digital entertainment and social media launches of the past decade, including BATTLESTAR GALACTICA: THE RESISTANCE, THE HULK (interactive), YouTube influencer RYAN HIGA’s first online feature, and CRISTIANO RONALDO’S official digital presence.

Kendall graduated with Distinction from Stanford University, and is a member of the Television Academy, StoryForward (formerly Transmedia LA), and WGA-West. He mentors for the GVS Transmedia Accelerator in Hawaii (www.gvsaccelerator.com); and previously served as co-project lead and then mentor at the AFI Digital Content Lab.

Snapchat is his latest micro-filmmaking platform, and Venice beach is his backlot.