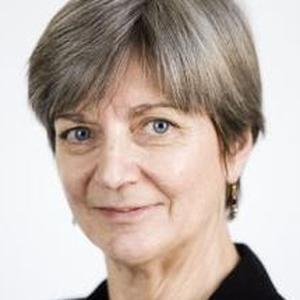 Ann Cooper is an award-winning journalist and foreign correspondent with more than 25 years of radio and print reporting experience. She also worked eight years as executive director of the Committee to Protect Journalists, a press freedom advocacy group, prior to joining the Columbia faculty.

Cooper’s voice was well known to National Public Radio listeners as NPR’s first Moscow bureau chief, covering the tumultuous events of the final five years of Soviet communism. She co-edited a book, “Russia at the Barricades,” about a failed 1991 coup attempt, and she has continued to write about the glasnost era, the subsequent decline of press freedom in Russia, and Russia’s global media strategy.

Cooper has also reported for the Louisville Courier-Journal, Capitol Hill News Service, Congressional Quarterly, the Baltimore Sun, and National Journal magazine. In 1996, she was the Edward R. Murrow fellow at the Council on Foreign Relations, and in 2003 she was the James H. Ottaway Sr. Visiting Professor of Journalism at State University of New York in New Paltz.

In addition to her teaching, Cooper is the Journalism School’s International Director and a member of the Harriman Institute faculty at Columbia.

Iowa State University, where Cooper majored in journalism, has honored her with its James W. Schwartz award for service to journalism and its Alumni Merit Award, given "for outstanding contributions to human welfare that transcend purely professional accomplishments and bring honor to the university."

She has been to nearly 80 countries – some as a journalist, others as a press-freedom advocate or a team leader for Habitat for Humanity global volunteer programs.