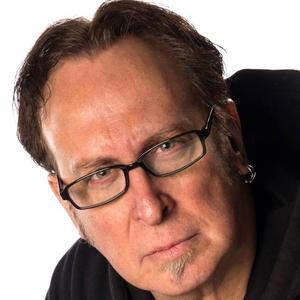 I started my love affair with music as a nightclub DJ at various NY landmarks including The Nursery, Electric Circus, Malibu, Danceteria and Studio 54. I began my radio career as an air talent for New York’s infamous WLIR, “the station that dared to be different.” I worked my way across the country programming rock and alternative stations in New Jersey, a start up in Santa Barbara KCQR and launched The Edge in Fresno and then The Edge in Phoenix before it became a national brand. In Santa Barbara I ventured into artist management working with Pete Townshend's brother Paul and also discovered Ugly Kid Joe. In Phoenix, I managed the Phunk Junkeez (Trauma/Interscope). I represented ex-members of Flesh For Lulu, Gigantic (Columbia). I also worked with Chronic Future (Tommy Boy/Interscope).

I became an associate at Q Management in L.A. with Jeff Kwatinetz and Pete Katsis (of The Firm and Prospect Park) where I worked with Korn, General Public, Material Issue, Tuck & Patti and more.

In Austin, I launched my own company, got into the nightclub business and helped to create and build Two River Canyon Amphitheater, where I served as GM. We produced the Willie Nelson Family Picnic with Willie, The Dead, Neil Young, Toby Keith, Merle Haggard, Leon Russell and many more. I also worked as Air Talent for Clear Channel's classic rock station Z102.

Is This the Golden Age of Alternative Radio? at Austin Convention Center Room 9AB

Is This the Golden Age of Alternative Radio? at Austin Convention Center Room 9AB