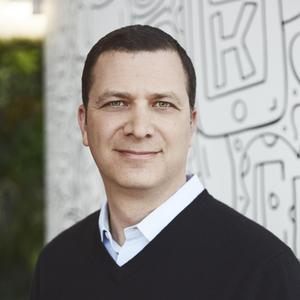 Jordan Levin is the CEO of Awesomeness, a media company built to serve the global Gen Z audience. He leads its suite of digital networks, AwesomenessTV, DreamWorksTV, and Awestruck, as well as its film and television studio and creative agency, Wildness.

Before joining Awesomeness, Levin served as Chief Content Officer for NFL (2015-2017), Executive Vice President; General Manager at XBOX Entertainment Studio (2014), was the founding CEO of Generate (2005-2014), and CEO at WB Television Network, which is now The CW (1994-2004). During his tenure at the WB, where he began as one of the founding executives and held roles including President of Programming before eventually taking the helm as CEO, he spearheaded hit programs like “Dawson’s Creek,” “Buffy the Vampire Slayer,” “Felicity,” “Smallville,” “Gilmore Girls,” and “One Tree Hill,” along with “Kids’ WB,” the #1 Saturday-morning, children‘s network with boys 6-11 and tweens. In 2005 Levin built Generate, a pioneering studio and talent management company that was acquired by Alloy Digital and later merged with Break Media to form Defy Media. Levin got his start as a member of the studio creative team at Disney that revitalized the Disney brand in network television (1989-1994).

Levin is a frequent keynote speaker, moderator, panelist and presenter, in addition to being a published author and adjunct professor. As a member of the Directors Guild of America, he made his directorial debut in 2004 on an episode of “Everwood.” He is also an Emmy-award winning producer.