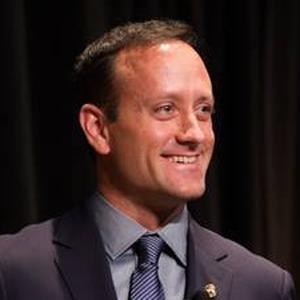 Dan Futrell is the co-founder for Giving Credit, the first credit card company to increase the social impact of consumer spending. Giving Credit responds to the increasing awareness that how and where we spend influences the world we live in. We want to create "Impact Consumers".

Giving Credit enables everyday people to shape the world with their money, by shining a light on the indirect impact of their dollars, by providing location- and behavior-relevant options to shift spending, and by donating credit card rewards to a personalized giving portfolio selected by every cardholder.

In my day job, I lead operations at a nonprofit, social enterprise incubator focused on affordable housing. I previously served five years in the U.S. Army as an Airborne Ranger-qualified Infantry Officer deployed twice to Iraq for a total 27 months and led more than 400 combat missions for which he was twice awarded the Bronze Star Medal and a Combat Infantryman’s Badge.

Locally, Dan is serving his fifth year as an elected official on the Somerville School Committee. Dan holds a bachelors in business from Gonzaga University, and a Masters in Public Policy from Harvard University as a Tillman Scholar.