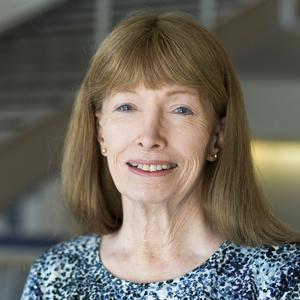 As a young research engineer, Lynn Conway made foundational contributions to computer architecture at IBM. Sadly, she was fired and nearly ended-up on the streets when she transitioned in 1968.

A gritty survivor, Lynn started her career all over again as a contract programmer in ‘stealth-mode’. Quickly climbing back up the ladder, she was recruited by Xerox PARC in 1973, and went on to achieve international fame as a pioneering researcher in computing and VLSI microelectronics, without people knowing about her past.

In 1983, Lynn joined DARPA as Assistant Director for Strategic Computing, leading the planning of DoD’s effort to build the technology-base for modern intelligent weapons. In 1985 she became Professor of EECS and Associate Dean of Engineering at University of Michigan, where she is now Professor of EECS, Emerita. Coming out in 1999, Lynn went on to build a major trans-advocacy website, lynnconway.com. Translated into many languages, her site has ever since provided hope and encouragement to transgender people all around the world.

Since Lynn “didn’t look like an engineer” back in the day, Silicon Valley’s cognoscenti were clueless about her full accomplishments during the 70s and 80s. That began changing in 2012, when Lynn published her "VLSI Reminiscences", revealing how - closeted and hidden behind the scenes - she conceived the ideas and orchestrated the events that swept through and reshaped an entire industry.

Now a Life Fellow of the IEEE, Fellow of the AAAS, Member of the Computer History Museum’s Hall of Fellows and elected to the National Academy of Engineering, Lynn has also received honorary degrees from Trinity College, Illinois Institute of Technology, and the University of Victoria. Awarded the 2015 James Clerk Maxwell Medal by the IEEE and the Royal Society of Edinburgh, her citation included these words: “Her influence on modern electrical engineering is deep and profound, arguably on the scale of Armstrong and Steinmetz.”