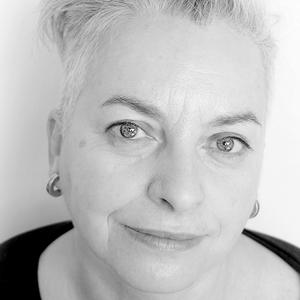 Sally Anne Gross is the Program Director, MA Music Business Management at the University of Westminster.

Sally's is the co-author with Dr George Musgrave of the widely acclaimed research project 'Can Music Make you Sick'- the largest ever examination of mental health issues in the music industry.

Sally is also the founder of 'Let's Change the Record' a project set up to encourage women into music technology and audio production.

Sally started her career in the music industry as a music manager in 1990 and over the course of two decades has been involved with 5 acts (either as a manager or a record company director) that have each sold over a million records: Adamski, Rollo and Rob D (who are responsible for Dido), Urban Cookie Collective, William Orbit, Gotan Project and now One Direction with the song Little Things, penned by her former client Fiona Bevan.

In 2000, she won the Helena Kennedy Award for Outstanding Legal Criticism whilst studying law at Birkbeck University, after which she spent a couple of years working in entertainment law. She has been involved with all aspects of the music industry from raves in the French Alps to sold out shows at Hollywood Bowl to Sydney Opera House.

Sally continues to work as international business affairs manager for Ya Basta Records and Science et Melodie Publishing in Paris, home of Gotan Project and producer and DJ Philippe Cohen Solal and is currently working on an album and stage project about the world renown US outsider artist Henry Darger.