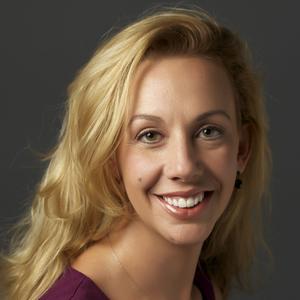 Elizabeth Gore serves as President and Chairwoman of the Board for Alice, the first-ever artificial intelligence platform for business owners. As a social enterprise, Alice is open to all entrepreneurs and prioritizes services for women, minorities and veterans. Elizabeth previously served as Entrepreneur-in-Residence at Dell Technologies, where she drove initiatives to support Dell’s goals around helping small and medium businesses scale and prosper, fueling the expansion of global entrepreneurship. Elizabeth personally advises the growth of purpose-driven companies, such as ride share commuting company Scoop, and is an investing Limited Partner with the Portfolia fund. In addition, Elizabeth is part owner in Gore Family Vineyards in Sonoma County. She is the Emeritus Chair of the United Nations Foundation’s Global Entrepreneurs Council and previously served as the first-ever Entrepreneur in Residence for the UN Foundation and Vice President of Global Partnerships, where she founded strategic grassroots efforts such as Nothing But Nets, Girl Up, and Shot@Life. Elizabeth is a former United States Peace Corps Volunteer where she served in Bolivia, South America. Elizabeth has also been a leader at organizations, like the Points of Light Foundation, Share Our Strength and the Texas A&M Foundation. She was named by People as one of the “Top 100 Extraordinary Women,” is one of Fast Company’s “Most Creative People in Business,” and Entrepreneur Magazine’s “Women to Watch.” She has been featured by multiple media outlets, including: ABC, CBS, CNN, MSNBC, FOX Business, Fast Company, Fortune, Glamour, Entrepreneur, People, and Time. She is a World Champion Equestrian, a sprint triathlete, and runner, and has climbed Mt. Kilimanjaro to raise awareness for the global clean water crisis on behalf of the United Nations. Elizabeth is the Chairwoman of Rebuild North Bay, a nonprofit leading fire recovery and the rebuild of Northern California after the devastating 2017 fires. Elizabeth resides in Sonoma County with her husband, James Gore, a California elected official, and has two hilarious children.