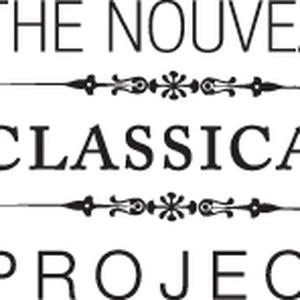 Sugar Vendil is a New York-based pianist and multidisciplinary artist lauded for “leading the unlikely intersection of classical music and new fashion” (The New York Times). A second generation Filipino-American, her artistic practice is strongly focused on rigorous discipline as a musician and multidisciplinary performance that integrates music, movement, and fashion, and unconventional approaches to the piano. She has been featured as one of Refinery29's "Industry Leaders in the Arts" and other publications including Milk Studios' Milk Made, I care if you listen, and Barneys' The Window.

Vendil was a 2017 Summer Labs Artist in Residence at National Sawdust and a 2016 Fellow in the Target Margin Institute for Collaborative Theater Making. Other residencies include Earthdance (E|MERGE Multidisciplinary Residency), the A-Z West Wagon Station Encampment, and Arts Letters & Numbers.

The founder of The Nouveau Classical Project (NCP), a music ensemble that collaborates with artists such as visual artists, dancers, and fashion designers for its performances, Vendil has helped the group gain a foothold in the fashion world with collaborations and performances in the fashion shows of talented designers such as Gretchen Jones (Project Runway Season 8 Winner), CFDA-awardee Pamela Love, Ecco Domani grantee Novis, CFDA nominee Tanya Taylor, and others.

Vendil is an advocate of the oxford comma, is obsessed with her cat Coco, and has an excellent memory.