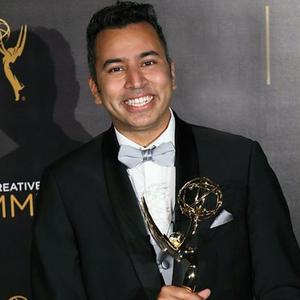 Kabir is an Emmy Award-winning editor and director whose work includes The Academy Awards, Arrested Development, Crazy Ex-Girlfriend, New Girl, and Unsolved Mysteries. A three-time Emmy nominee, Kabir won the award in 2016 for editing the pilot of Crazy Ex-Girlfriend and directed his third episode of the show last fall. The pilot is one of 10 he has edited that have gone to series. He also earned Emmy nominations for his work as supervising editor on 'Arrested Development', and for editing Billy Crystal's opening film for the 2012 Oscars.

He has directed comedy segments of the Academy Awards and the Primetime Emmy Awards, as well as episodes of the half-hour comedy series 'Mumbai Calling', distributed internationally by HBO.

Kabir recently served a four-year term on the Television Academy's Editors' Peer Group Executive Committee, and a two-year term as Co-Chair of the Asian-American Committee at the DGA. He is a graduate of the University of Pennsylvania, where he started a music website known as the toolshed, which was online for 22 years (and several notorious April Fools pranks).