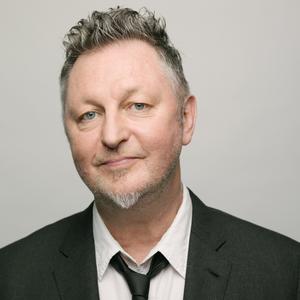 Dave Allen: A Brief History
Director, Artist & Music Industry Advocacy, NORTH Music
Former Artist Relations at Apple Music, Apple Inc. June 2014 - March 2017
Former Director, Artist & Music Industry Advocacy at Beats Music. January 2014 - June 2014
An Adjunct Lecturer, specializing in Digital Strategy at the University of Oregon. January 2010 to present
Former Interactive Creative Director at NORTH, a brand agency in Portland, Oregon. April 2009 - January 2014
Former Director, Digital Strategy at NEMO Design, a brand agency in Portland, Oregon. March 2006 - April 2009
Other:
I am the founding member and bass player for the UK post-punk band Gang of Four. I was General Manager for eMusic.com in the late 90's. I spent two years at Intel as a Business Development Director in the Consumer Digital Audio Services Operation, and have been a speaker and panelist on digital strategy and music and technology at SXSWi, CMJ, SanFran Music Tech, M.I.T. Galway, Eire and many other conferences.
I have also been a mentor to startups in the Techstars Nike Accelerator and the Land Rover Incubator in Portland, Oregon.
I am currently working on a brand and music project with the NORTH team, where we work directly with artists, connecting them with brands and/or investors. With this model we are working to create new revenue streams for artists.
We are not a music licensing company.