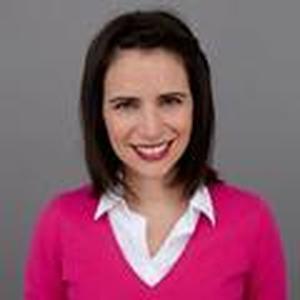 Recently named one of iMedia’s Top 25 Marketing Leaders and Innovators, Rebecca’s creative approach gets consumers to advocate for the brands they love. Rebecca co-founded her creative agency, Something Massive in 2009. She is a fountain of ideas for agency clients which include: Campbell, Sony Pictures, Regal Entertainment Group, Medtronic and MasterCard.

Rebecca started her career in media before joining Los Angeles based creative agency, DNA Studio in 2000. After working her way up to General Manager, Rebecca led the company to become an Ad Age Top 50 Interactive agency. Rebecca’s creative approach was directly responsible for attracting a steady stream of clients including: AT&T, Paramount, The WB, Anheuser-Busch, Best Buy, PepsiCo and Universal Studios.

In 2006, DNA Studio was sold to WhittmanHart. That year the combined agencies broke into the Ad Age Top 20 Interactive agency list and represented the second largest interactive agency in the US. Rebecca stayed on for two years post-merger as General Manager.

Today, Rebecca's agency, Something Massive, boasts 10,000 square feet of production space where they efficiently create both photographic and video content for brands on the daily. In house production, in-depth strategy and the ability to turn on a dime, make Something Massive a true agency partner in today's ever evolving digital landscape.