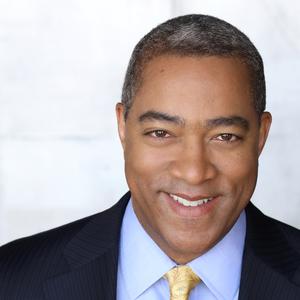 Caines was the first digital executive to be appointed head of marketing at a major studio. As President of Domestic Theatrical Marketing for Sony Pictures Entertainment, he crafted campaigns for a vast slate of releases including: Angry Birds, Spectre (James Bond), Hotel Transylvania 2, Cloudy with a Chance of Meatballs 2, Goosebumps, The Amazing Spider-man 2, The Equalizer, Fury, 22 Jump Street, Captain Phillips, American Hustle, The Interview, Ghostbusters, Sausage Party, The Shallows.

Caines is an active member of the Academy of Motion Picture Arts and Sciences and is part of the Public Relations Branch Diversity Subcommittee which is focused on increasing the diversity of the Academy membership to more accurately reflect the influence and interests of consumers and creators worldwide. He served on the board of The Entertainment Industry Foundation, where he was influential in the digital marketing strategy for Stand Up to Cancer which has raised more than half a billion dollars for cancer research.

A dedicated and active alumnus of Syracuse University, Caines partnered with the University’s Office of Multicultural Affairs as an alumni mentor. He has served on the advisoryboard of the esteemed S.I. Newhouse School of Communications for five years and is a frequent Capstone class guest lecturer for SULA.