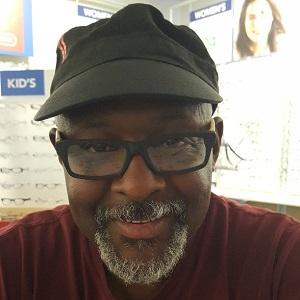 David L. Spigner is the Founder, President/CEO, and Majority Shareholder of Boda Borg Corporation (BBC), a pioneering Reality-Gaming entity. Prior to founding BBC, David had 20+ years as a senior executive in international markets, having lived in Europe, Asia, and on both coasts and in the south of the United States.

David has led Boda Borg in the Reality-Gaming Sector since acquiring the rights to Boda Borg in a 2008 acquisition. Upon discovering Boda Borg in Sweden in 2007, David noted and was initially perplexed by the transformation in energy, overall behavior, demeanor, curiosity, and the degree of social assimilation of people, including his own family members, who might otherwise behave very differently. Upon further evaluation, David discovered that the Questing activity of Boda Borg compels people of all ages and lifestyles to, without fore-thought, integrate into the "real-live gaming " activity, referred to as Reality-gaming, in a nearly pure disconnected way, a more pre-modern natural human interactive and joint-survival mode.

Passionate about Questing, Boda Borg, and the future of gaming today, David sees purpose in driving technology, gaming, and social interaction development in a direction of Reality-gaming...real people inside and trying to survive real life-like games or activities, as compared to virtual or augmented experiences. "Real beats virtual" any day, David would quickly offer. Boda Borg and Questing, via David's vision, is not about creating fictitious realities and experiences, it's about the power of real, full-sensing, progressive experiences and the evolution of technologies and processes that create these environments. David believe fully that Reality-Gaming, with Questing as a leading contributor, is indeed the future of gaming, and the future of technology development that will evolve human experiences and future social platforms.