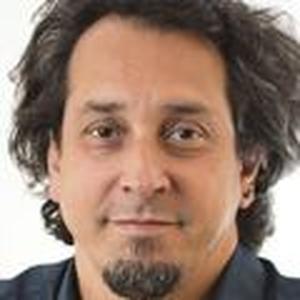 Kito Siqueira is a music and sound producer from São Paulo, Brazil.
Founder of Satelite Audio in 2005, with business partner Roberto Coelho, together they run the most awarded music and sound production company in Brazil.
Their clients are a long list of the best agencies and companies at the advertising market, such as: F/Nazca Saatchi & Saatchi, Almap/BBDO, Wieden+Kennedy London and São Paulo, Ogilvy, FCB Brazil, McCann-Erickson, etc. With clients such as Nike, Leica, Volkswagen, Ford, Getty Images, Under Armour, Honda, Coca-Cola, Skol, Mastercard, Nissan, C&A, Mondelez,etc.
In 2015 Satelite was one the most award music and sound company in the world, wining the first Gran Clio- Leica “SoundLab” in audio category for a Brazilian company and the Film Grand Prix in Cannes Lions - Leica “100”, first ever Film GP to Latin America.
At the D&AD festival in London he has many works awarded with pencils, including works for Nike “Addition”, Getty Images “From Love To Bingo”, Nike “Before and After”, Leica “Soul”, Leica “SoundLab”, 22nd Festival Mix Brasil, among others. On Clio Festival also won Best Use of Music and Original music and four more CLIO awards on Film category. He now has more than 20 Lions including, Best Adapted Music, Best Original Music, Cyber, Direct, Radio, and many Lions on the Film category. His company was voted twice best music company in Latin America at Ciclope Film Craft Festival in Berlin. Other festivals also awarded his works such as; London Film Festival, One Show (NY), El Ojo (Argentina), EFFIE, Wave Festival, CCSP, NY Directors.
He plays saxophone and is member of the band Funk Como Le Gusta in SP.
Since a very young age he is playing and living through music.