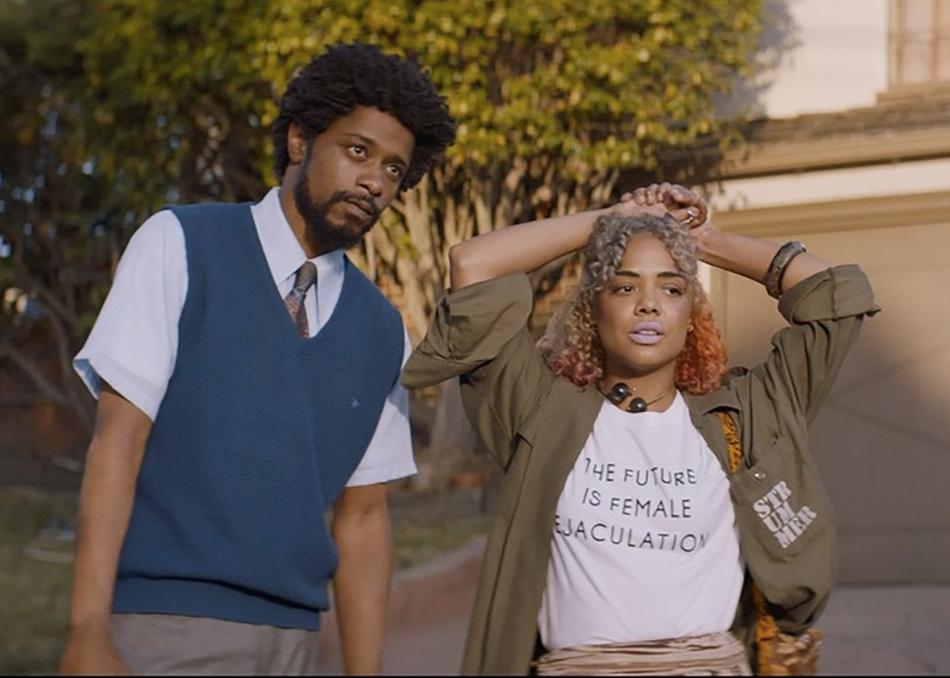 SORRY TO BOTHER YOU is the directorial debut by The Coup's, Boots Riley. In an alternate present-day version of Oakland, black telemarketer Cassius Green (Lakeith Stanfield) discovers a magical key to professional success, which propels him into a macabre universe with a disturbing likeness to our own. The upswing in Cassius's career raises serious red flags with his brilliant girlfriend, Detroit (Tessa Thompson), a sign-twirling gallery artist who is secretly a part of a Banksy-style collective called Left Eye. But the unimaginable hits the fan when Cassius meets the company's cocaine-snorting, orgy-hosting, obnoxious, and relentlessly optimistic CEO, Steve Lift (Armie Hammer). The film also features performances from Omari Hardwick, Jermaine Fowler, Danny Glover, and Terry Crews. SORRY TO BOTHER YOU will have its world premiere at the Sundance Film Festival 2018.