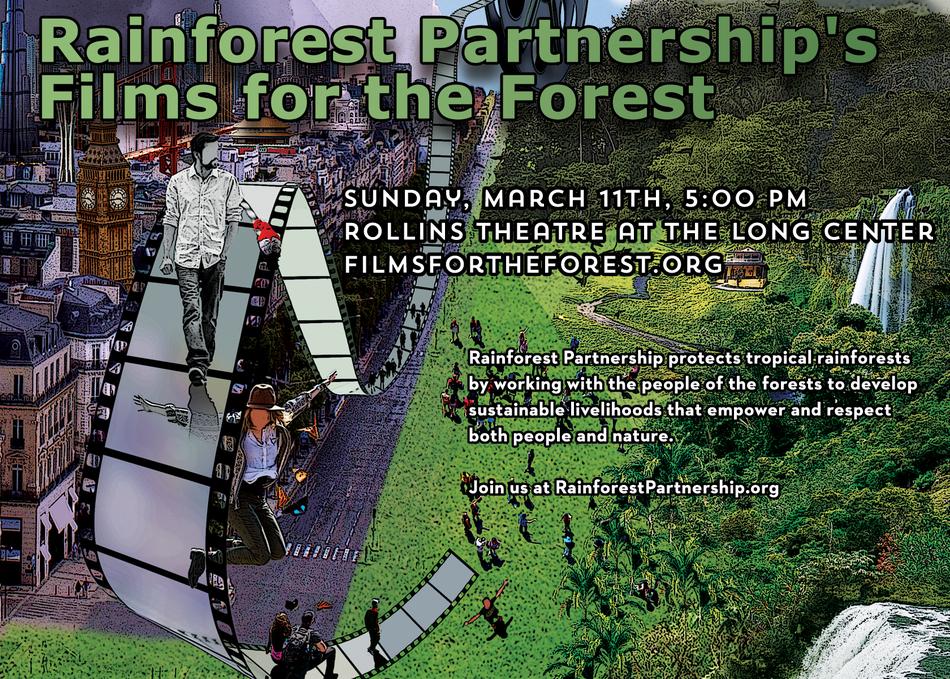 Films for the Forest is an international short-film challenge created by Rainforest Partnership to promote awareness about rainforest conservation. This year's theme, "Because the World Can't Wait" has films that span multiple continents. The three categories of films are: short shorts (under 4 mins), shorts (4 - 20 mins), and youth. Films are judged by a panel including Academy Award nominee Richard Linklater, film festival producer (EARTHxFilm) Michael Cain, and Bill Imada. Winning films will be announced at the screening and there will be a chance for the audience to judge the films as part of the audience award.

Various filmmakers from around the world

Director: Various filmmakers from around the world