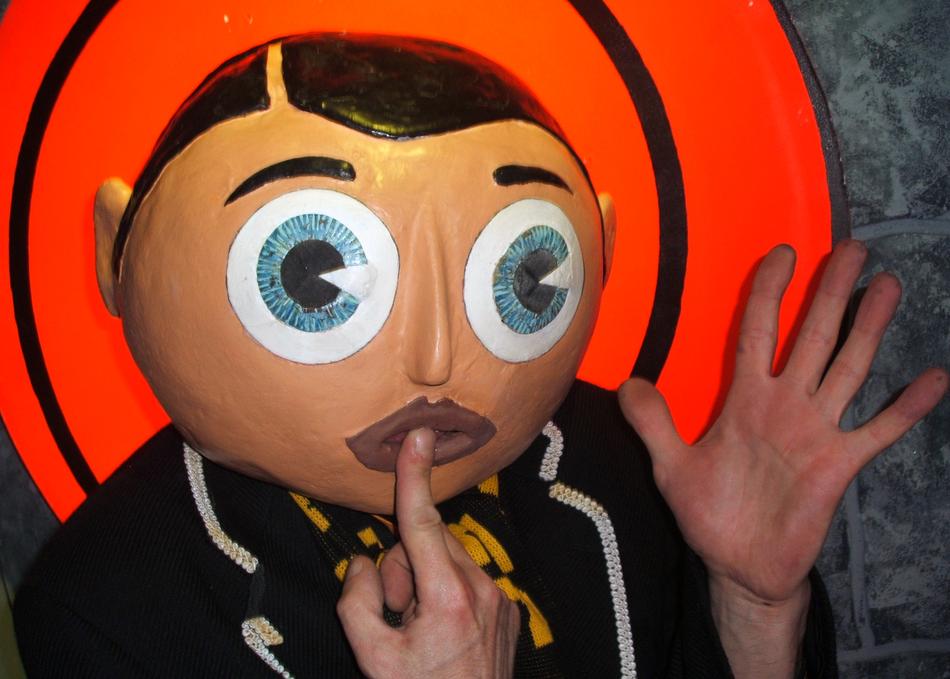 Chris Sievey was a songwriter, artist, comedian and wayward genius. A man whose life was a fantastic, subversive piece of performance art.

His greatest creation, the mysterious Frank Sidebottom becomes a star – a manic, insane, mercurial star who obscures his own creator.

Chris grows to resent his creation and descends into alcoholism and bankruptcy, but his genius cannot survive without being Frank. So Chris devises a master plan…