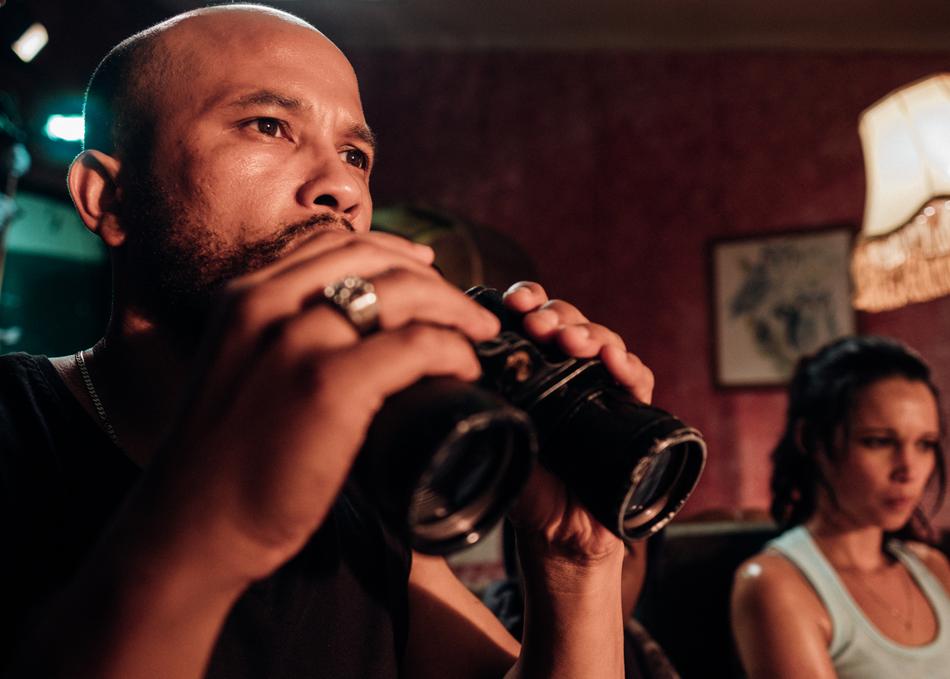 Paying homage to the Hitchcock classic Rear Window, Number 37 tells the story of Randall, a low level criminal recently crippled in an illicit deal gone wrong. Wheelchair-bound and cooped up in his apartment in a rough Cape Town neighbourhood, Randall is heavily indebted to a sociopathic loan shark named Emmie. With no way of paying the money back, he despairs for himself and his devoted girlfriend, Pam as Emmie violently demonstrates what will happen if Randall doesn't settle his debt before the end of the week. The Gift of a pair of binoculars presents him with an opportunity to get his hands on the money he so desperately needs - but at great risk