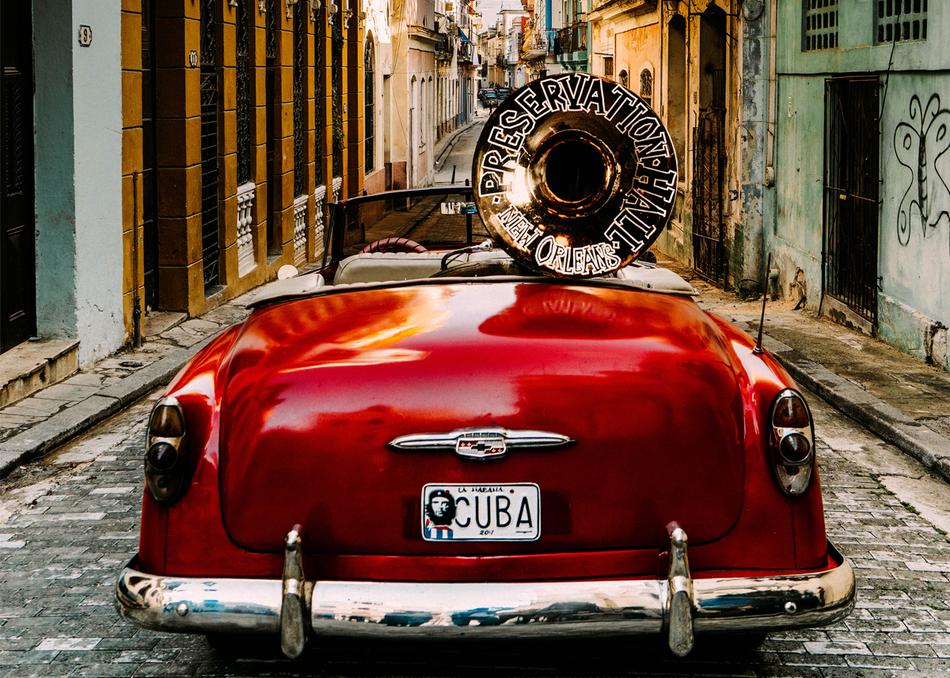 The leader of New Orleans’ famed Preservation Hall Jazz Band seeks to fulfill his late father's dream of retracing their musical roots to the shores of Cuba. Join the band as they traverse post-embargo Cuba in search of the indigenous music that gave birth to New Orleans jazz. Encounters with some of Cuba’s most iconic musicians leads to spontaneous and soulful collaborations.
A Tuba to Cuba celebrates the triumph of the human spirit expressed through the universal language of music and challenges us to dig deeper; to find that common ground we all have inside us, and there, resolve to build bridges, not walls.
©2018 nomdeguerre films