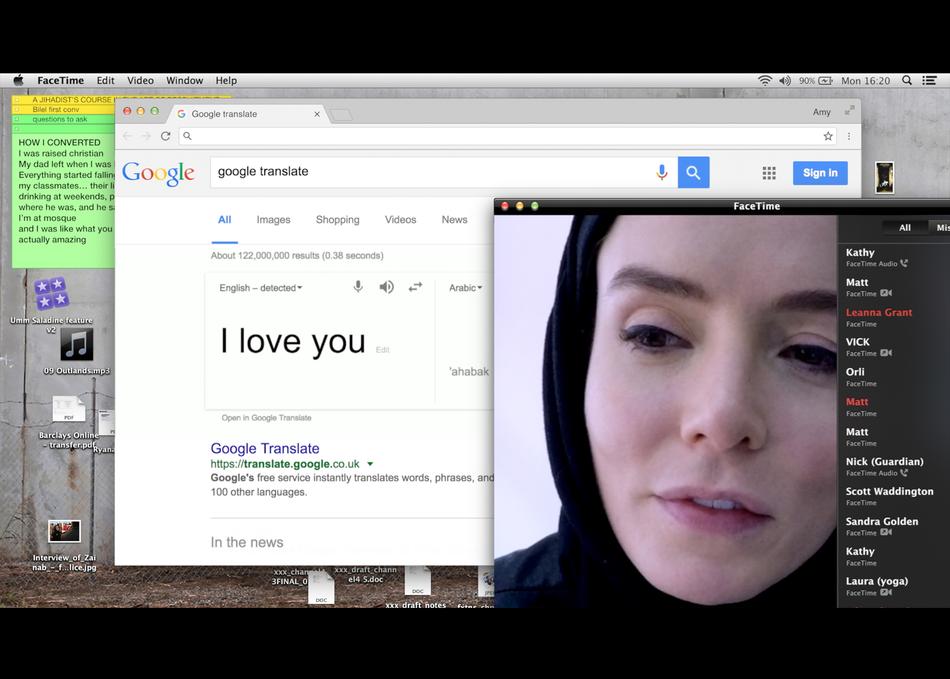 Looking to investigate the recruitment techniques used by ISIS to lure women into Syria as Jihadi brides, Amy Whittaker, a freelance journalist, creates a fake Facebook profile of a Muslim convert. When an ISIS recruiter contacts her online character, Amy comes across an opportunity to experience the process first hand. But with every passing call, the border dissolves between her real and online lives. While the Facebook character plays a love game, real Amy begins to experience Stockholm Syndrome, putting herself in danger. Based on the best-selling memoir, In the Skin of the Jihadist, by French journalist Anna Erelle, the action unfolds entirely within the bounds of Amy's computer screen.