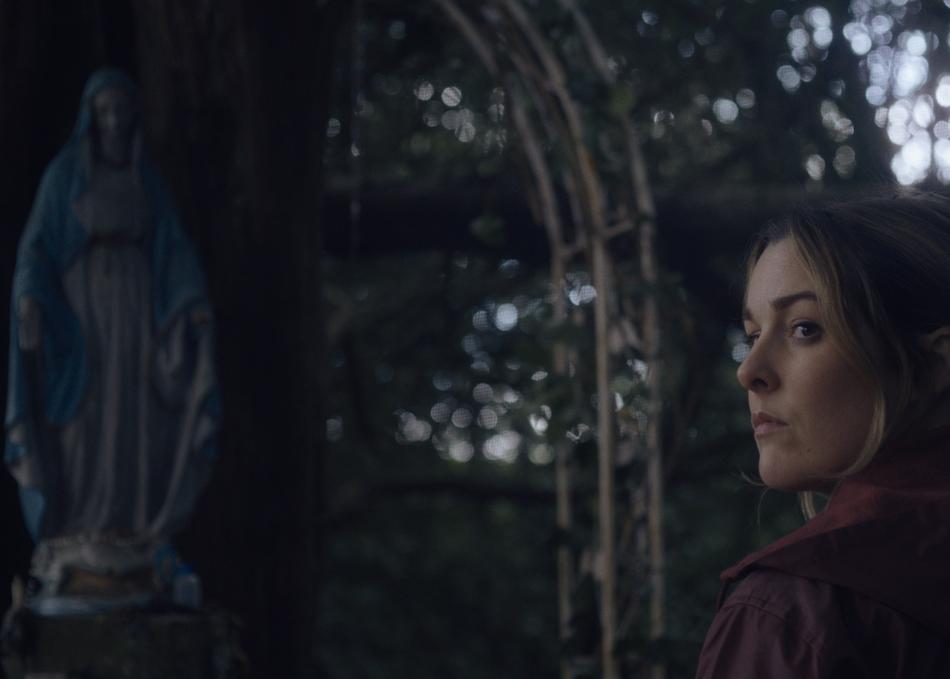 Melanie Thomas is an American artist whose latest show recounts the infamous Irish urban legend of Father Alistair Burke, who painted a portrait of 8-year-old Siobhan Callahan in 1986. Days later, Siobhan went missing on the very morning that her figure miraculously vanished from the painting as well. Though absolved of any wrongdoing, Burke abandoned the priesthood and went into self-exile.

After receiving a bad review before her opening, Melanie is contacted by the reclusive Burke, who offers to fly her to Ireland to create a new sculpture that he will help her to sell while she’s there. Telling no one where she’s going, Melanie never stops to consider that some urban legends are real.